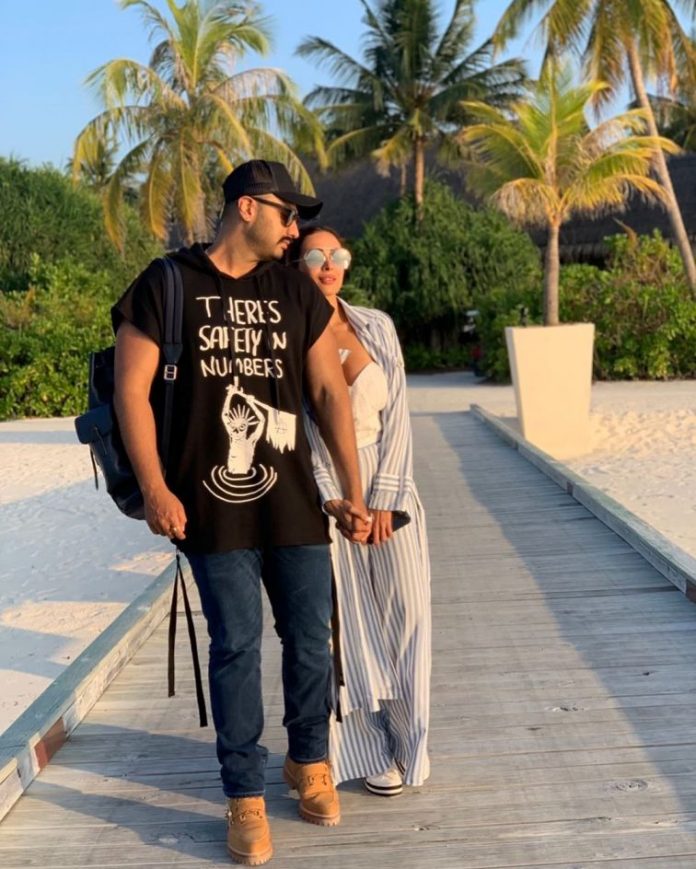 Arjun Kapoor and Malaika Arora had opted to keep their relationship private and never came out in open. However, their constant outings and closeness was enough for everyone to know about their relationship status. But now Malaika has come out in open and made her relation official with beau Arjun Kapoor. The actor celebrated his birthday on June 26 and Malaika shared an adorable picture on her Instagram account.

Malaika wrote, “Happy birthday, my crazy, insanely funny and amazing Arjun Kapoor. Love and happiness always!” Arjun and Malaika are holidaying in New York. The Ishaqzaade actor ringed in his 34th birthday with his lady love, The couple has been in a relationship for a while now but it was only recently that they came out in open. Even Arjun had in an earlier interview confessed that he is not single.

Malaika Arora was previously married to Arbaaz Khan and together they have a son Arhaan. In a recent interview the actress said that she was lucky to find love again and said, “I guess everyone wants to move on and find love and companionship with people they can relate to. And if you do, I think you are just lucky.”

On the work front Arjun was last seen in the film India’s Most Wanted and is currently busy with Ashutosh Gowarikar’s historical drama Panipat, which also stars Sanjay Dutt and Kriti Sanon.