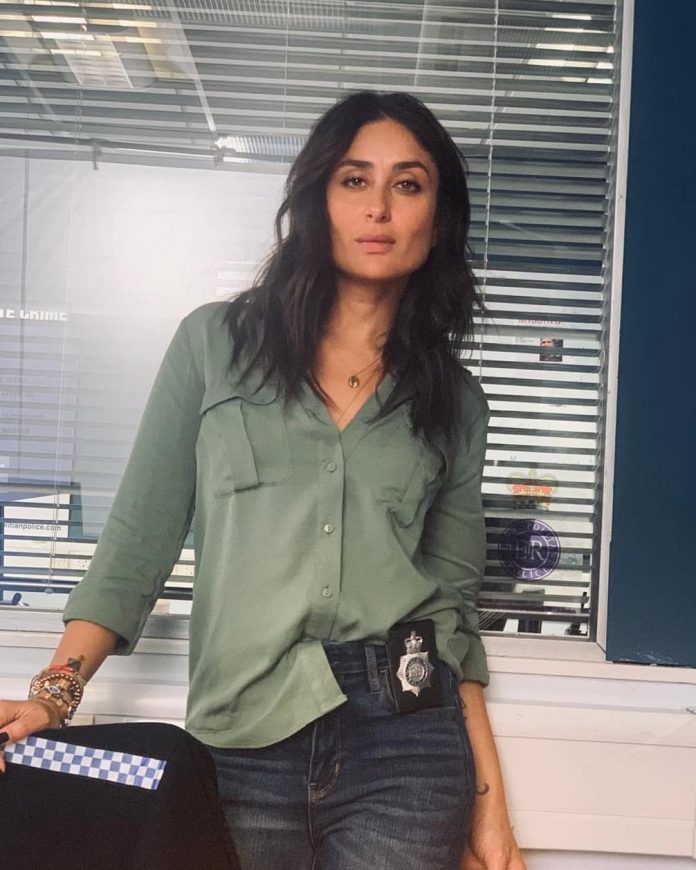 Fans of Kareena Kapoor Khan cannot wait to see her in the much awaited upcoming flick Angrezi Medium. The actress has started shooting for the film and film critic Taran Adarsh has shared Kareena’s look from the film. The picture shared has Kareena as a cop while dressed in casuals with minimal make-up and a badge clipped in to her waist.

The Jab We Met actress surely looks amazing as a cop and the fans cannot wait to see her in action. The film will mark the return of Irrfan Khan to the big screen after a break that he had taken due to health issues. The actor was undergoing treatment for neuroendocrine tumour. The film also stars Radhika Madan and went on floors in Udaipur on April 5, 2019.

Irrfan had earlier shared a picture on his Twitter handle from the sets of the film where he introduced his character Champak, who is a sweet shop owner. Deepak Dobriyal and Manu Rishi will be seen playing Irrfan’s brother and cousin respectively. The three people run sweet shops and are rivals to each other.

Angrezi Medium is a sequel to the 2017 hit flick Hindi Medium that starred Irrfan and Saba Qamar in lead roles. The film is produced by Dinesh Vijan. Irrfan was last seen in the film Karwaan opposite Mithila Palkar and Dulquer Salman.

Harman Baweja to get married to Sasha Ramchandani in March