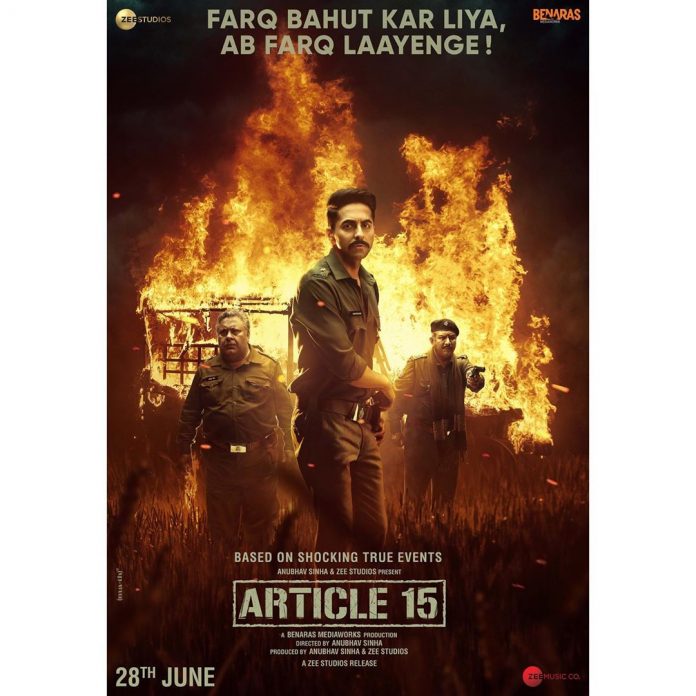 Aayushmann Khurrana starrer Article 15 has been facing a back lash since the time the makers released its official trailer. Tagline of the film stated that it is based on real incidences and many people were offended by the fact that the film is based on the infamous Badaun rape case. After the film came to light, Article 15 faced protests in many cities including the city of Roorkee in Uttarakhad. After facing a heat in Kanpur, Article 15 has now been banned in Roorkee citing law and order disruptions as a reason.

The Sub Divisional Magistrate, while talking to a leading daily said that the representatives of Hindu Sena met him and raised concerns that the film shows a particular community in a negative light. Due to this the screening of Article 15 has been banned in Roorkee to avoid any law and order problems.

The story of the film talks about the rape investigation of 3 girls who demand a rise from their Brahmin superior. The film has Aayushmann Khurrana in the lead role and also features Isha Talwar, Sayani Gupta and Kumud Mishra and is helmed by Anubhav Sinha.

Article 15 hit the theatres on June 28, 2019 and is an investigative drama. The makers had shared the first look of the film in May 2019.