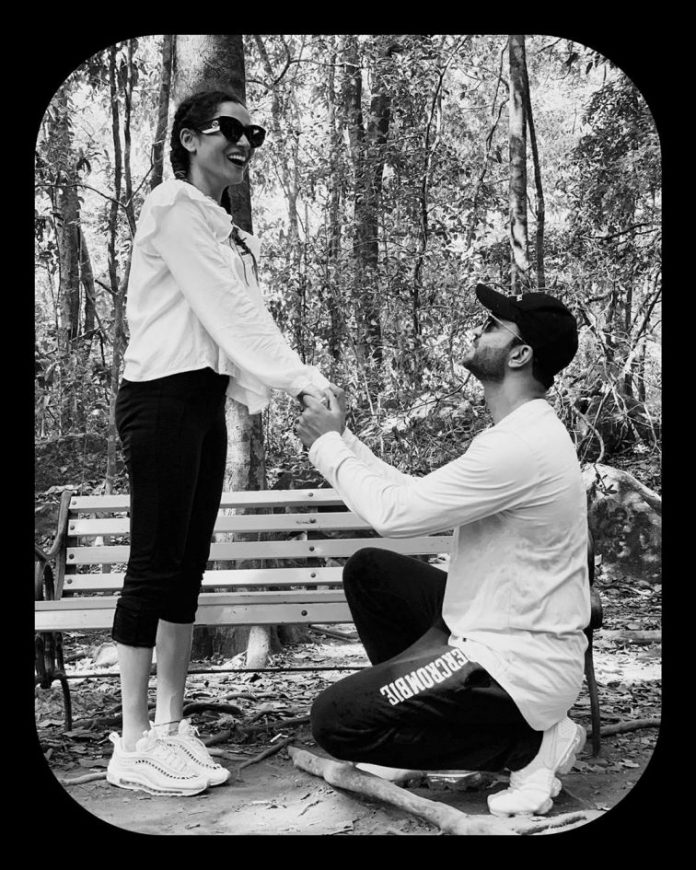 Former TV actress Ankita Lokhande was earlier in a serious relationship with Sushant Singh Rajput. But after many years of being together, the two parted ways, while breaking the hearts of many fans. Since then the actress has moved on in life and is reportedly in a relationship with businessman Vicky Jain. Ankita never spoke about her relation in open but a recent post on the social media have made things official.

The actress shared a set of pictures on Twitter on July 2, 2019 which revealed that the couple has taken things to the next level. Ankita while sharing the pictures said, “I will think about it.” One of the pictures has shown Vicky down on his knees while proposing her while a happy Ankita stands next to him. They can be seen surrounded by greenery and in gym clothes.

Rumours about their relationship started in April, 2019 and an online picture was leaked that had shown the actress kissing Vicky, who is a businessman by profession. The picture was clicked by her TV colleague Arjun Bjlani and the video clip was from a wedding.

Some later reports stated that the couple has invested in an 8 BHK apartment in Mumbai which is currently under construction. There are a few reports about their possible wedding in December, 2019.