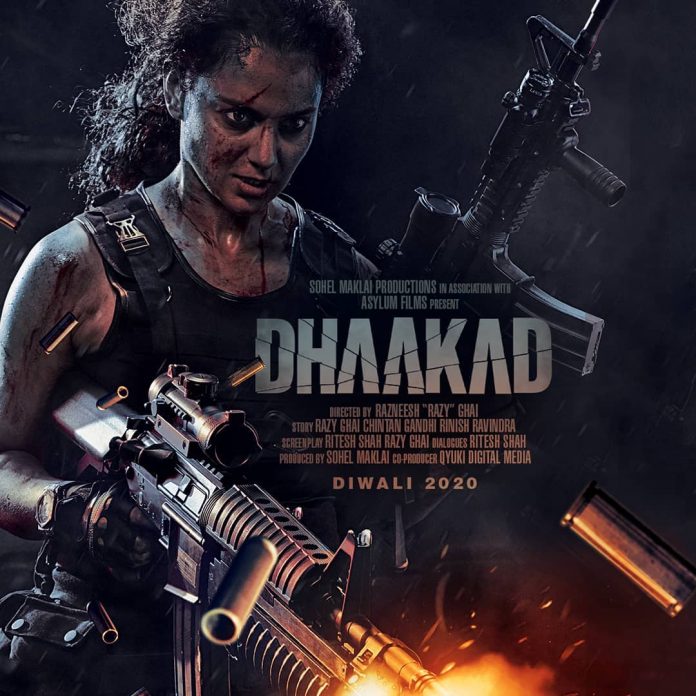 Kangana Ranaut has always grabbed attention with her performance. The National Award winner will soon be seen in the upcoming film Dhaakad. The makers of the film have released a new poster of the film which has shown Kangana in a full blown action mode while holding a machine gun. Ranaut has not just impressed the audience with her performance as well as her filmmaking skills that she had shown in her film Manikarnika: The Queen of Jhansi.

Kangana in the poster can be seen in a fierce mode as she stands in between a battlefield. Director Razneesh ‘Razy’ Ghai was questioned about making a female action lead film to which he said, “There is a big void when it comes to female-oriented action films. I haven’t heard of a lead heroine in an out-and-out action entertainer in a contemporary space. That’s why we wanted to explore this genre.”

With the film Dhaakad, Kangana for the first time will be seen in a fierce role. The director while talking about Ranaut said that she is an intelligent actor and has understood that there is an opportunity to attempt something completely different.

Dhaakad is touted to be one of the biggest action entertainers of the year and will be shot in Abu Dhabi, Thailand, Prague, Budapest and Dubai. The film is expected to be released during Diwali 2020.