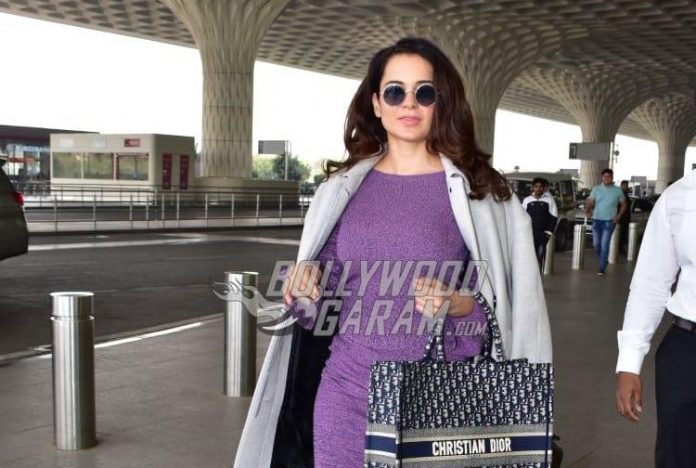 Kangana Ranaut has been in news in recent times for bashing actors and other celebrities from the industry. Now the actress has turned towards the journalists. In a recent event, the actress had a verbal debate with a journalist. The Queen actress during a song launch event from her upcoming film Judgemental Hai Kya, had accused the journalist of running a smear campaign against her while, when he had tried to ask her a question.

However, the journalist denied all her allegations. The debate had soon turned in to a heated argument. The video of the argument had also gone viral on the internet. Some recent reports have now said that the media fraternity has stood strong against the bullying by Kangana and will meet the producer Ekta Kapoor of the upcoming film to ask the actress to publicly apologize for her conduct.

Some of the senior journalists will be meeting today to discuss about the agenda to the producer. The journalists are expecting to take a stand against Kangana’s behavior. Reports say that if Kangana Ranaut does not do so then the media would boycott the movie promotions of Judgemental Hai Kya.

The film is helmed by Prakash Kovelamudi and also stars Rajkummar Rao, Jimmy Shergill and Amyra Dastur in lead roles. Judgemental Hai Kya will be releasing in theatres on July 26, 2019.