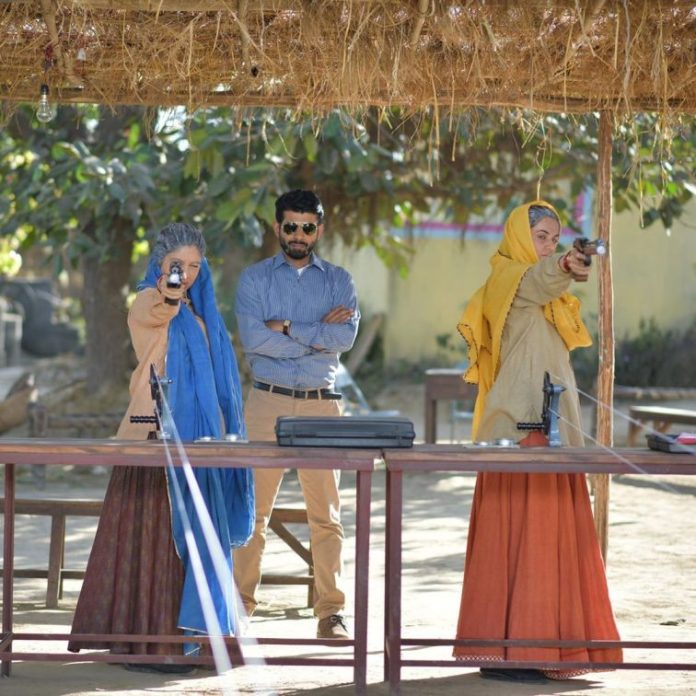 Taapsee Pannu and Bhumi Lednekar starrer Saand Ki Aankh is one of the most awaited films. The actresses in the film will be seen playing the role of real life shooter dadis Chandro Tomar and Prakashi Tomar. The films based on the life of the octogenarian sharpshooters , who had managed to get out of their house and take up shooting during their 50s. Taapsee and Bhumi will be seen as Prakashi and Chandro respectively. The makers of the film released the official teaser and has received rave reviews.

The teaser has shown Taapsee and Bhumi in their 50s as they show off their skills to aim at the bull’s eye. The film is an upcoming biopic drama based on the life of the sharpshooters Chandro Tomar and her sister-in-law Prakashi Tomar.

Saand Ki Aankh is helmed by Tushar Hiranandani and produced by Anurag Kashyap. Reliance Entertainment and Nidhi Parmar. The makers started filming for the film in February 2019 in Baghpat while some of the parts have been filmed in Hastinapur and Mawana. The film also stars Prakash Jha and Vineet Kumar Singh playing important roles.

Saand Ki Aankh was earlier given the title Womaniya but the makers got in to a controversy over the legal rights of the title which was held by Pritish Nandy Communications and was later renamed as Saand Ki Aankh.