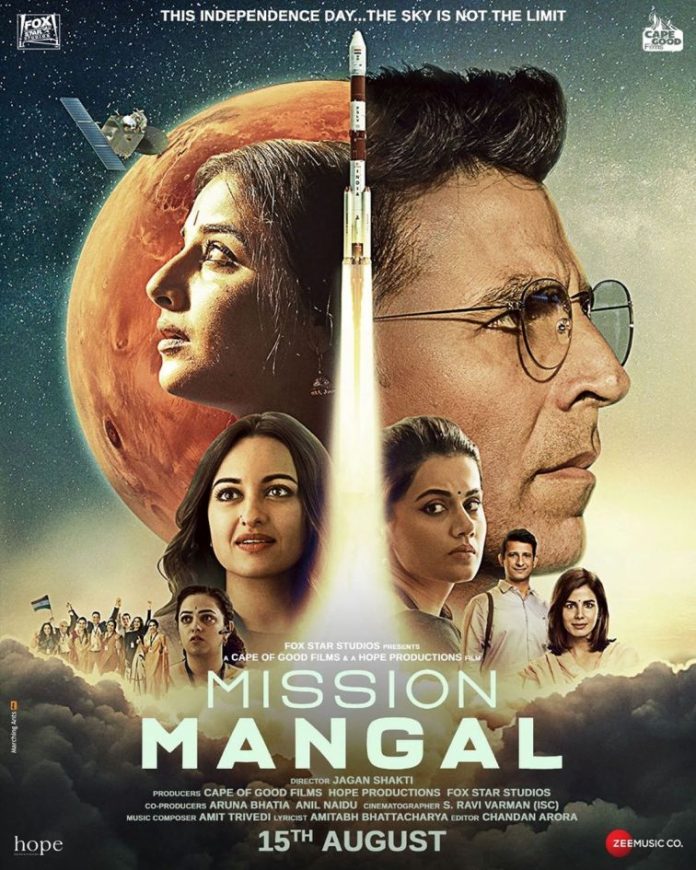 The much awaited official trailer of Mission Mangal is out now. The film is based on true events and the trailer has given an idea that it was a woman army behind the successful and commendable achievements in space with the Mars and Orbiter Mission.

The trailer begins with a voice-over by Akshay who says, “There is no science without experiment.” The 2 minutes 52 second video has shown how a bunch of determined scientists who lead a normal life from different backgrounds and battle against all odds to launch the Mars Orbiter Mission. The film stars Akshay Kumar, Vidya Balan, Sharman Joshi, Taapsee Pannu, Sonakshi Sinha and Nithya Menon.

The trailer concludes with Akshay saying “Poori duniya se kaho, copy that!” (tell the world to copy that) and then begins the signature tune of Vande Mataram. The popular Mars Orbiter Mission was launched from the Sriharikota space port on November 5, 2013 and placed itself in to the Martian orbit on September 24, 2014 on its first attempt.

The mission life was expected to be six months, but the satellite completed 1000 days in the orbit in June 2017 and even now contributes science data from Mars. Mission Mangal will be released in theatres on August 15, 2019 and will have a clash at the box office with Batla House.