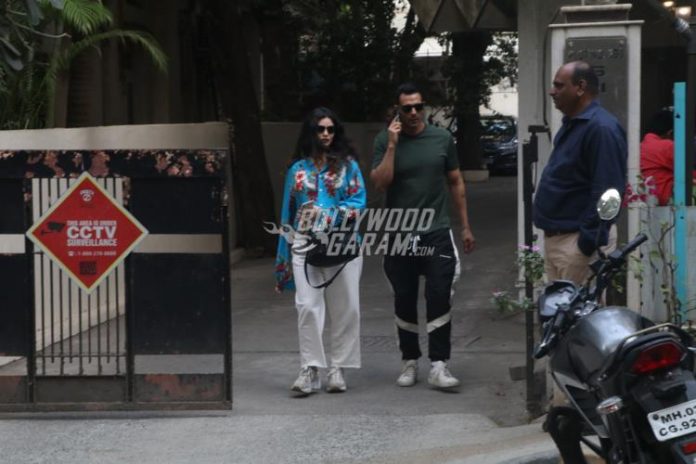 Bollywood actor Arjun Rampal’s girlfriend Gabriella Demetriades gave birth to a baby boy in Mumbai on July 18, 2019. Arjun as accompanied by his daughters at the hospital. The couple is yet to decide on a name for their new-born son.

Reports say that Gabriella’s parents were also seen at the hospital in the morning and left a little after afternoon and were escorted by Arjun. Arjun’s daughters were there by his father’s side the entire day. The actress and model is expected to be discharged by Friday and Saturday.

The Daddy actor is already a father to two teenage daughters Maahika and Myra from her earlier marriage with Mehr Jesia. Gabriella Demetriades is a south African model and was admitted to the hospital on Wednesday. The actress had shared a throwback monochrome picture of herself on Instagram two days back and captioned it, “I swear it’s not real. Wish it was crop season for me”.

Arjun had earlier hosted an intimate baby shower for Gabriella in May, 2019 and had even turned a DJ for the guests at the party. The actor got separated officially with Mehr in 2018. After the birth of his two daughters, Arjun had inked the names of both his daughters on his forearms. Arjun was last seen in the film Paltan and is currently filming for the film Nastik.