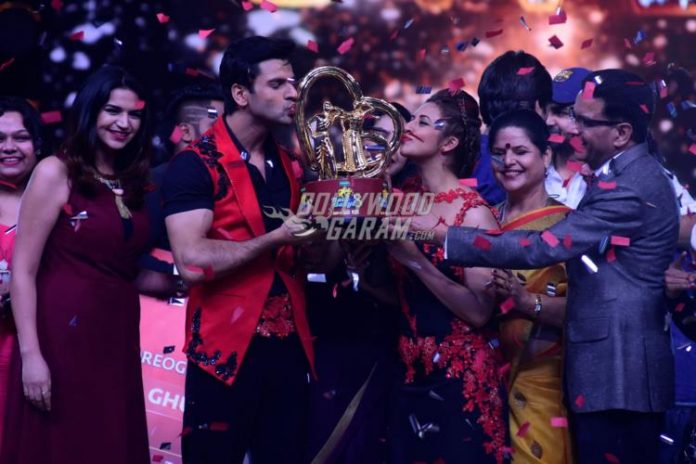 The actress announced about her collaboration with the show and posted on the social media, “Getting up close and personal with dancing once again! #NachBaliye9 here I come!” The actress received a grand welcome to the show and also danced to the tunes of her hit song Tu Cheez Badi Hai Mast Mast. Later the Dabangg star also joined her on stage and both danced to the tunes of their song Kabhi Tu Chhalia Lagta Hai from their film Patthar Ke Phool.

Salman Khan is the producer of the show Nach baliye 9 and is also the one who brought the idea of introducing couples as well as former couples as contestants of the show to make things more interesting for the audience.  The contestants of the show include Prince Narula and Yuvika Chaudhary, Anita Hassanandani and Rohit Reddy, Vindu Dara Singh and Dina Umarova, Saurabh Jain and Riddhima Jain, Urvashi Dholakia and Anuj Sachdeva, Vishal Aditya Singh and Madhurima Tuli, Faisal Khan and Muskaan Kataria, Shraddha Arya and Alam Makkar, Aly Goni and Natasa Stankovic.

The show will be aired on the weekends.