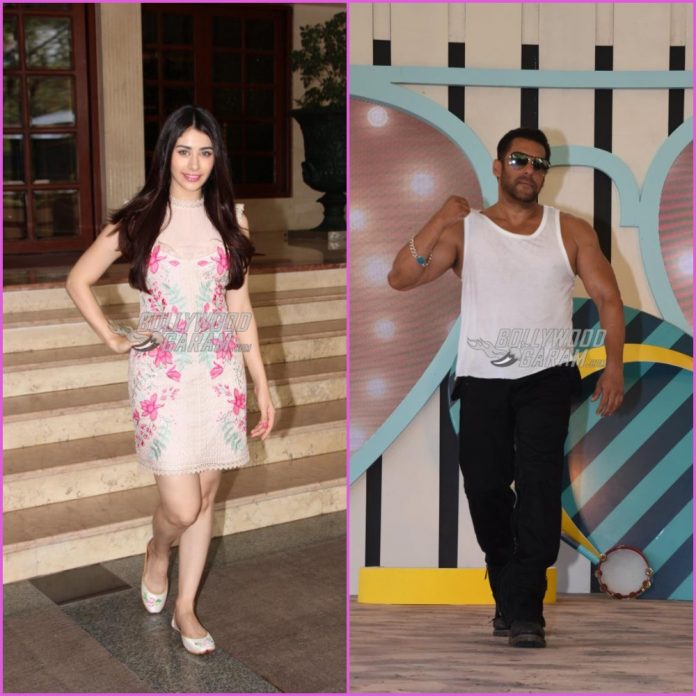 Like everytime, this time too Salman has come up with a unique hook step. The Sultan star has always come up with his own unique dance step for many of his songs. Some of his remarkable steps are from the title song of the film Dabangg that he did with his belt and the towel step that he did in a song Jawani Fir Na Aaye from Mujhse Shaadi Karogi. Every time the audience has loved Salman’s style that instantly became a hit among the audience.

The song will have Prabhu Deva’s presence as a special element with Salman and Warina. Reports have also said that the audience will get to see never-seen-before side of Warina. The actress is all set to surprise the audience with her killer moves in the song.

Warina made her debut in Bollywood with the film Love Yatri, which also starred Aayush Sharma. Dabangg 3 is the third film in the Dabangg franchise and also stars Sonakshi Sinha, Arbaaz Khan, Mahie Gill, Sudeep, Mahesh Manjrekar and others.