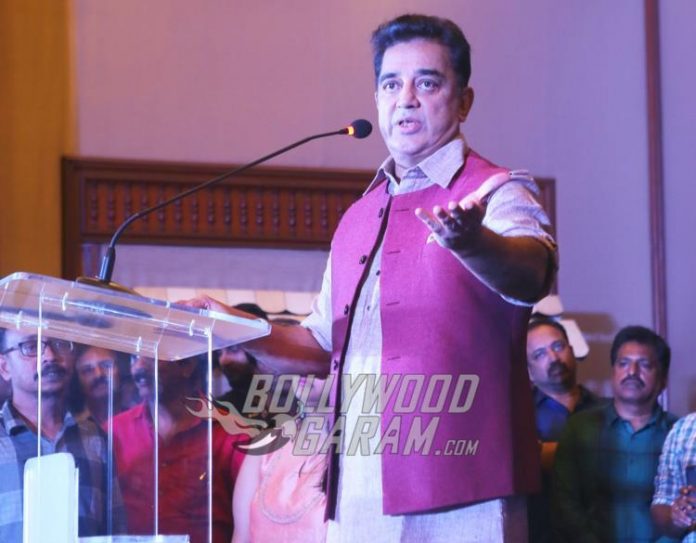 The film Indian, which was remade in Hindi with the name Hindustani, had become an instant hit among the audience when released in 1996. Kamal Haasan is now all set to make a sequel to the blockbuster film and the filming of Indian 2 is expected to begin in August, 2019. The first schedule will be shot at Rajamundhry in Andhra Pradesh.

Kamal Haasan will be finishing shooting for the reality show Bigg Boss Tamil and will head to shoot for Indian 2. The actor will be essaying the role of Senapathy and the film will also star Vidyut Jammwal. Reports say that Vidyut will be playing a negative role in Indian 2. The film will be a vigilant action thriller just like the original film Indian and will see Rakul Preet opposite Siddharth.

The story is about a man in his 80s, who is determined to fight against corruption in the society and will be released in three languages Tamil, Telugu and Hindi. The film will also star Kajal Agarwal playing an important role. The makers of the film have roped in a few top notch technicians.

The earlier film was directed by Shankar, who has also taken up the responsibility of the sequel. The fans are eagerly looking forward for the film to be released.