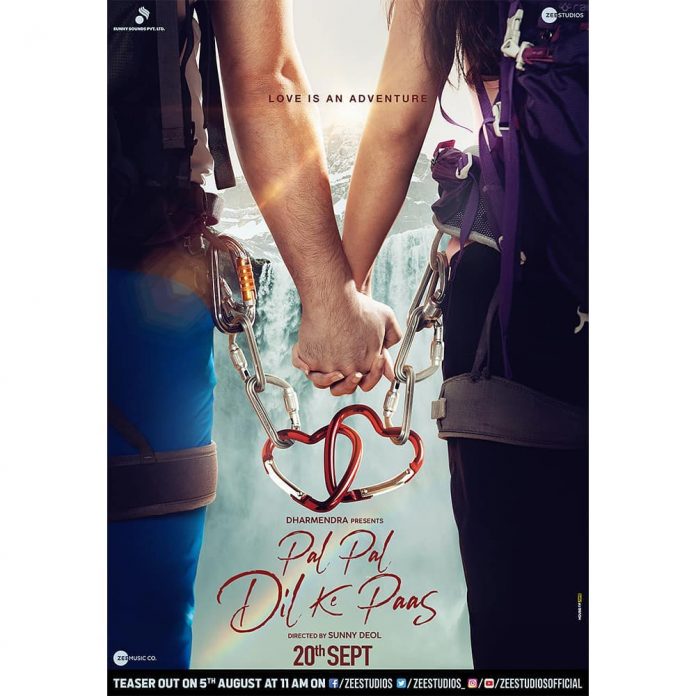 Sunny Deol is all set to launch his son Karan Deol in the upcoming film Pal Pal Dil Ke Pas. The teaser of the much awaited film is out and has introduced Karan along with Sahher Bambba. Apart from Karan’s debut, the film has also marked the debut of Sunny Deol as a director. With Karan’s debut, this will mark the third generation of the Deol family in the film industry.

The teaser did not reveal much about the film but has shown some scenic locations with some breathtaking cinematography and is receiving plenty of appreciation from the audience. Several big celebrities from the industry took their social media account to welcome Karan and Sahher to Bollywood. The celebrities also lauded Sunny’s efforts as a director.

Superstar Salman Khan too welcomed the debutant and wrote, “Best wishes Karan. . Welcome to the Indian film industry with ‘pal pal dil ke paas’ @iamsunnydeol #KaranDeol” Actor Varun Dhawan was also all praises for Karan and the teaser and wrote. “Looks like a lot of love and hard work has gone into this. Guys please welcome #KaranDeol & #SahherBambba in the teaser of #PalPalDilKePaas.”

Akshay Kumar also congratulated Sunny Deol for the teaser and expressed that it has been shot beautifully and wished Karan all the best.