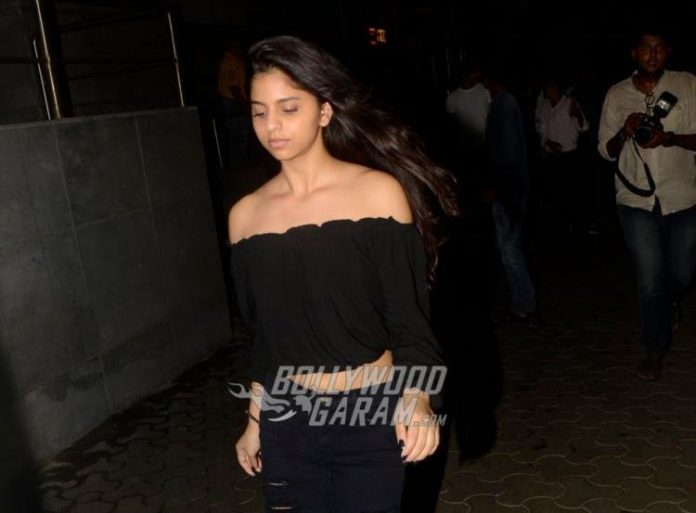 Shah Rukh Khan’s daughter Suhana Khan is all set to appear in her first film. Many might think that it might be a big banner Bollywood film, but it is actually a short film that Suhana will feature in. Filmmaker Theo Gimeno has shared the first look of the film which has Suhana in the lead role. The title of the film is The Grey Part Of Blue and also stars Robin Gonnella in the lead role.

The film is written by Theo Gimeno, who took his Instagram account to share the first look. As soon as the poster was published, netizens flooded to checkout Suhana’s debut film poster. Suhana might not be entering showbiz with a mainstream film, but surely has a good start. It is also an indication that Suhana is slowly getting in to the film zone and will soon enter mainstream Bollywood.

Father Shah Rukh Khan keeps sharing daughter Suhana’s interest in films and her practice through social media. Speculations about her starry entry in Bollywood have been making rounds since a long time. Earlier some of the videos of Suhana enacting Shakespeare’s plays had gone viral on the internet and had hinted that her becoming an actress very soon.