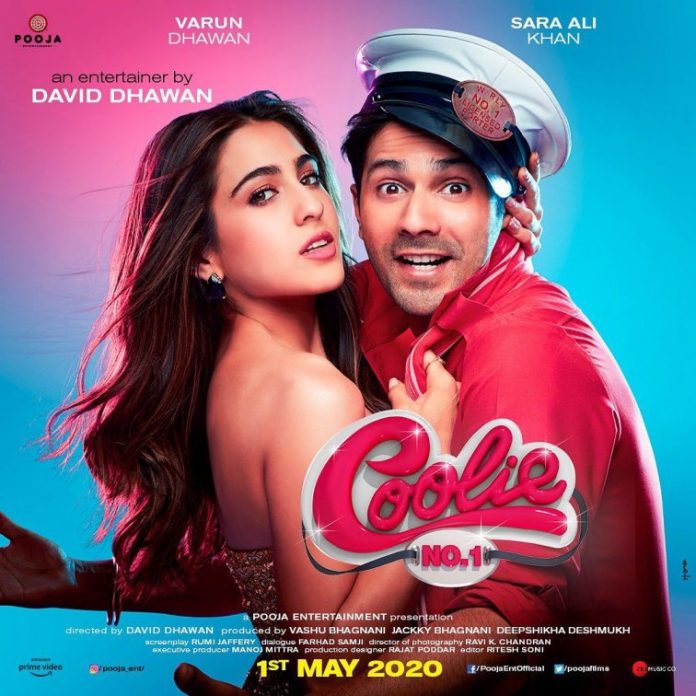 Young Bollywood actors Sara Ali Khan and Varun Dhawan have been in news for their upcoming film Coolie No.1. The film has gone on floors in Bangkok and the makers have also released a new poster with Sara and Varun. Coolie No.1 is the remake of the Govinda and Karisma Kapoor starrer film released in 1995 with the same name.

Varun and Sara will be reprising Govinda and Karisma’s role with a modern twist to it. The first teaser was released on August 11, 2019 but did not show Varun or Sara’s face. In one of the individual poster, Varun was seen dressed in a coolie uniform, which is a red shirt and white pants with a Coolie cap and Varun’s goofy expressions. The main poster has Sara in a glamorous avatar and Varun at his goofy best.

The two look great together and the audience cannot wait to see the fresh pairing on screen. Sara was last seen in the film Simmba which also starred Ranveer Singh and was helmed by Rohit Shetty. Sara has also signed an upcoming Imtiaz Ali film which is yet to get a title.

Coolie No. 1 is due to be released in theatres on May 1, 2020 and is produced by Vashu Bhagnani.