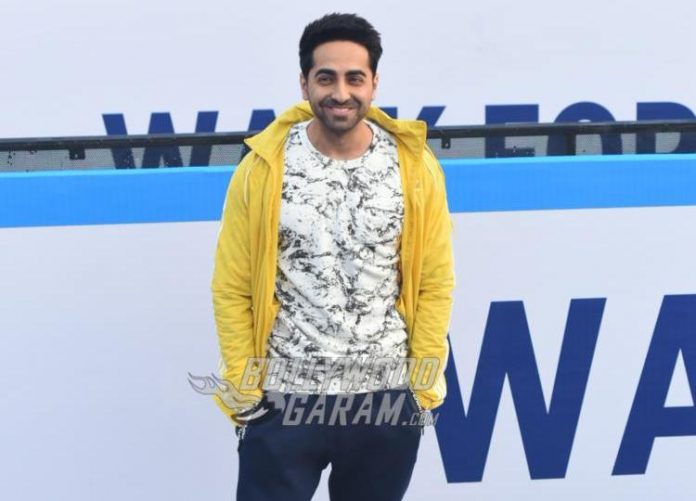 Bollywood actor Aayushmann Khurrana recently won a National Award for his performance in the film Andhadhun and is once again ready to entertain the audience with an upcoming comedy Dream Girl. The makers of the film have released the official trailer of the film on August 12, 2019. A while back, the makes had released a poster with Aayushmann in a new look and had left the fans curious of the subject.

The trailer has shown the film set in the city of Mathura, where Aayushmann’s character is in search for a job. Due to Lokesh’s (played by Aayushmann) skills, he ends up a job as the only make employee in a female friendship call centre after he impresses the owner with his mesmerizing voice.

The fun begins when many men fall in love with Pooja’s voice, who is actually Lokesh from the call centre. The film has a talented bunch of stars including Annu Kapoor, Raj Bhansali, Rajesh Sharma, Nidhi Bisht, Vijay Raaz, Abhishek Banerjee, Manjot Singh and others.

The film looks promising and the subject is interesting for the audience. Dream Girl is directed by Raaj Shaandilyaa and produced by Shobha Kapoor, Ekta Kapoor and Nachiket Pantvaidya. The music for the film is composed by Meet Bros and the lyrics are written by Kumaar and Shabbir Ahmed.