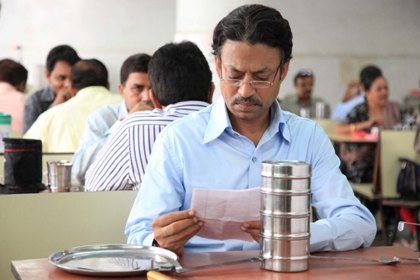 Bollywood movie ‘The Lunchbox’ was directed by filmmaker Ritesh Batra, who managed to capture the thoughts of a lonely man. The movie follows a story of a middle-aged man who develops a relationship with a woman through a simple lunchbox.

The two protagonists meet through a lunchbox – sent by a housewife – which accidentally arrives in the hands of the wrong person. Saajan Fernandes – played by Irrfan – is an accountant whose wife died a long time ago and is feeling lonely. One day, he receives a lunchbox prepared by Ila, played by Nimrat Kaur. Saajan finishes the lunch he received and returns the empty box.

However, Ila gets irritated by the fact that the box was returned to her without any response from the stranger. She sends a letter to the stranger and the two begin talking to each other through letters in a lunch box. The characters in the movie have been well-developed and portrayed and the actors have done their best. There are quite a few moments in the movie that capture your attention, such as the expression on Nimrat’s face when she smells her husband’s shirt.

The movie is enriched with a great screenplay and amazing music and it is a good catch if you are looking for some light entertainment.