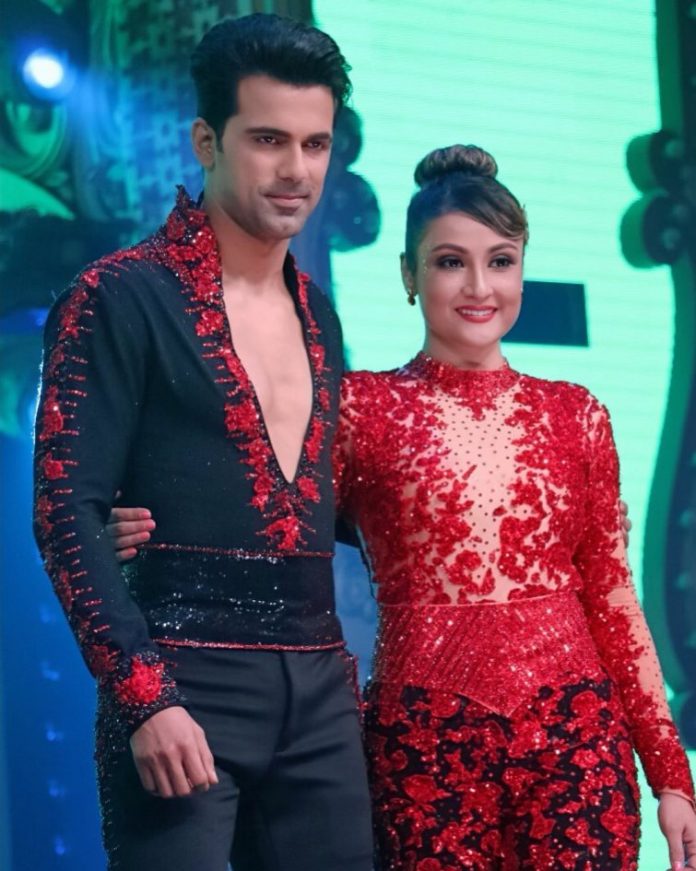 Former couple Urvashi Dholakia and Anuj Sachdeva have been eliminated from the show Nach Baliye 9 after constantly being in the bottom 2 for two consecutive weeks. The episode of their elimination has not been aired but Urvashi has not remained silent about her elimination. The TV actress talked about it and expressed her disappointment on having been a part of the show.

Urvashi while talking to a leading daily said, “I have loved performing on that stage. I have learnt a lot and I’m happy to have stretched myself beyond my own boundaries to perform. I didn’t know that I was capable of pulling off what I did each week, and that too performing with your ex, which has complexities of its own. I don’t regret being a part of the show, but what’s deplorable is the way the show has been formatted, without any clarity in voting, with partiality towards certain couples and without giving everyone a fair stage”. The actress also mentioned that if a couple has been scoring good marks which is only increasing every week and there is a certain vote bank, then it is difficult for her to believe that they were not able to win the love of their viewers.

Urvashi also questioned if Nach Baliye is a dance show or a popularity contest.