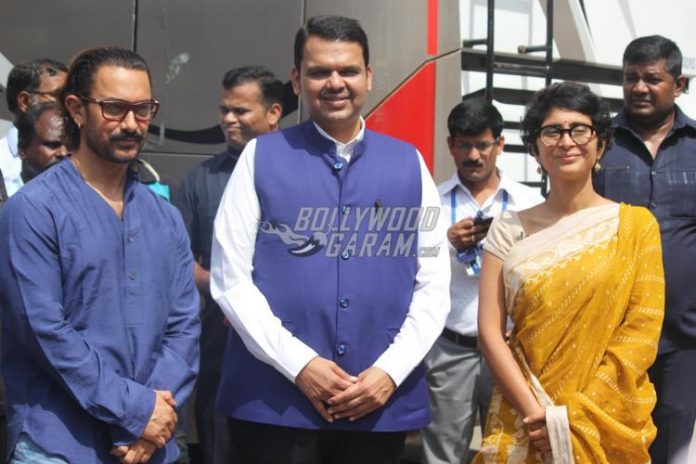 Chief Minister of Maharashtra Devendra Fadnavis has thanked Bollywood star Aamir Khan for his generous contribution of Rs. 25 lakhs for the development of the flood hit areas in Maharashtra. The Chief Minister took his Twitter account to thank the star.

Aamir Khan is one of the finest actors the film industry has and is also known as Mr. Perfectionist. The Dangal star is not just a great actor but has also made a mark by his involvement in philanthropic activities and has taken up responsibilities as an influential public figure. The state of Maharashtra has received a major set back due to the floods that hit the region in the past few days. The floods have disturbed the lives of hundreds of families while destroying their farmlands and claiming their lives.

The Chief Minister on his Twitter account wrote, “Thank you @aamir_khan for your contribution of ₹25,00,000/- (₹25 lakh) towards #CMReliefFund #MaharashtraFloods!” Aamir Khan has also found the non-profit organization Paani Foundation with his wife Kiran Rao.