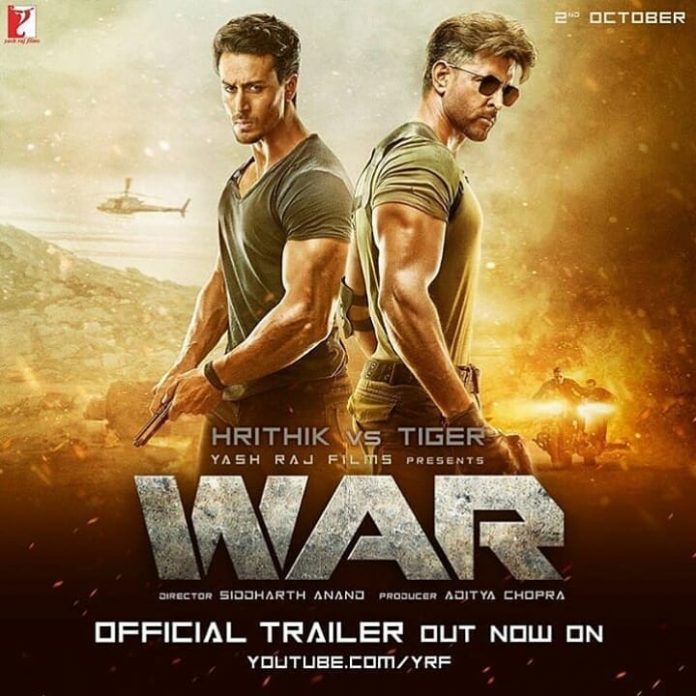 Tiger Shroff and Hrithik Roshan have always been synonymous with action and when the two come together it results in War. The trailer of the much awaited high octane action flick War is out. Going by the trailer, the films is bustling with action and also some good looking men.

The trailer begins with Hrithik Roshan’s character, who is perhaps a special forces commando, who has gone rogue. It is then decided that he has to be killed and the only person who can reach him is Tiger Shroff’s character, who used to be his student once.

The first teaser of the film was revealed in July 2019. The earlier teaser had given a good idea about the action sequences which included car chases, hand-to-hand combat and also a scene that has a sea plane much similar to the James Bond Film, Spectre. The new trailer has also given a good glance of actress Vaani Kapoor.

The film is directed by Sidharth Anand and not much has been revealed about the story line. War has been shot in utmost secrecy. The director while talking about the film said, “In spite of tremendous pressure from fans of both the stars, it was a conscious decision to not put out any official pictures of the film and not even announce its title. We want maximum impact on the day of the launch.” War is produced by Aditya Chopra under the banner of Yashraj Films.