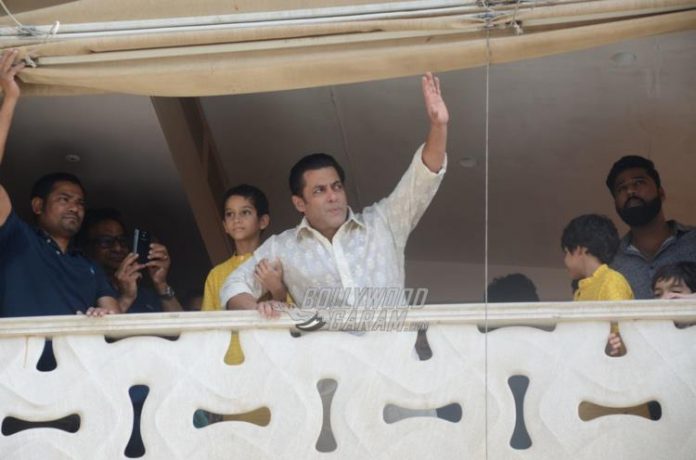 Rano Mondal became an internet sensation after a video of her singing the song ‘Ek Pyaar Ka Nagma’ started trending online. Mondal soon recorded a song with singer Himesh Reshamiya, who posted a video of her recording at the recording studio. Recent reports say that Bollywood superstar Salman Khan has gifted a house to Rano worth Rs. 55 lakhs.

Salman’s kind gesture came as like everyone else, he was also impressed by her magical voice. But the actor has not confirmed the news yet. More reports have revealed that the Salman Khan is also planning to record a song with Ranu for Dabangg 3. Ranu recently recorded a song with Himesh for the upcoming film Happy, Hardy and Heer.

The singer and composer had also shared a video in which Rano can be seen singing the song Teri Meri Kahaani. The video was shared on his Instagram account. The singer captioned the video, “Recorded teri meri kahani my new song from happy hardy and heer with the very talented Ranu Mondal who has a divine voice.”

The singer also added, “All your our dreams can come true if we have the courage to peruse them, a positive attitude can really make dreams come true, thanks for all your love and support.” Rano became popular on the internet after a Twitter user posted a video of her singing.