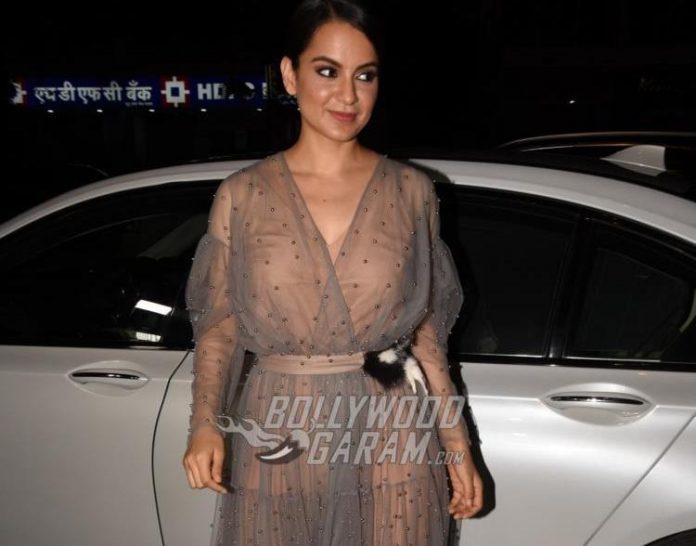 Kangana Ranaut is one of the most successful actresses in Bollywood and was recently seen in the film Judgemental Hai Kya which also stared Rajkummar Rao. The film received mixed reviews from the audience but the actors were praised for their respective performances and on-screen chemistry. The actress is now gearing up for her upcoming projects and has an interesting line-up of films including the Jayalalitha biopic that has been named Thalaivi in Tamil and Jaya in Hindi.

The film will be directed by AL Vijay and will be primarily made in Tamil and will also be released in Hindi. Kangana had earlier revealed that she will begin learning Tamil for the film and the actress also stated that she feels that the former CM’s life was very similar to her own.

Some of the recent reports say that the actress has also started taking Bharatanatyam classes for the biopic to be able to do justice to her character. Kangana is known for preparing well for her projects, before they actually go on floors.

Even for her film Manikarnika: The Queen of Jhansi, Kangana made sure that she received proper training in sword fighting and also prepared for the high octane action sequences in the film. The actress had also contributed to the film as a director.