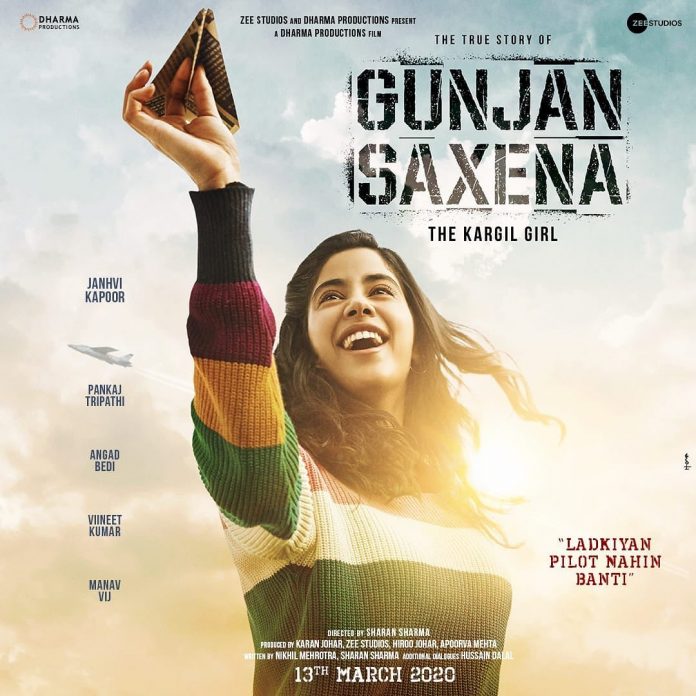 Indian actress Janhvi Kapoor made an impressive debut with the film Dhadak and is now all set to be seen in the upcoming biopic Gunjan Saxena – The Kargil Girl. The film is a story about the country’s first Air Force woman officer who went to war. The makers of the film revealed the first look which features Janhvi. The impressive poster has shown Janhvi in and as Gunjan.

Reports say that Janhvi chopped off her long hair to fit in to the character and the filming began in Lucknow earlier in 2019. Gunja Saxena – The Kargil Girl is directed by Sharan Sharma and produced by Karan Johar, Hiroo Johar, Apoorva Mehta and Zee Studios.

The film was announced in December 2018 and the principal photography began on February 20, 2019. Gunja Saxena – The Kargil Girl is due to be released in theatres on March 13, 2020.