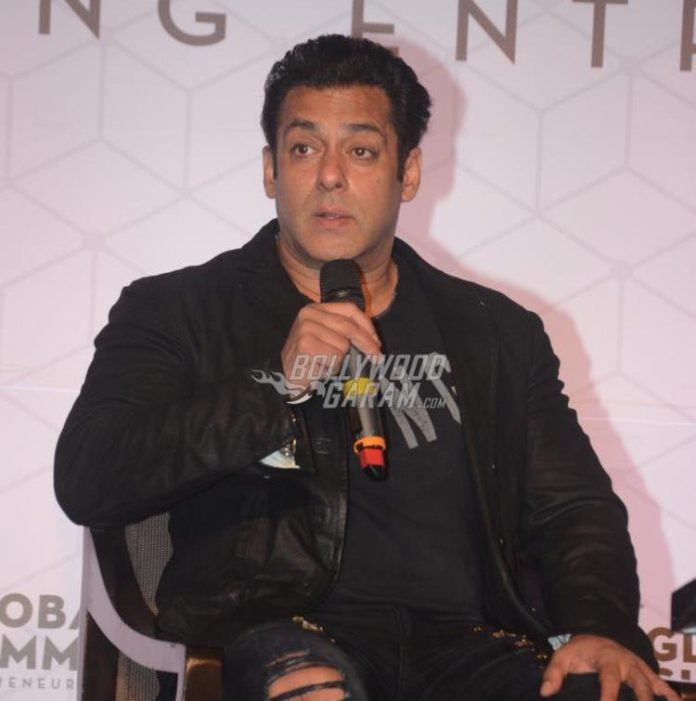 Salman shared the first motion poster of the film while announcing that it is all set to hit the silver screens in 100 days. This means that Dabangg 3 is all set to be released in theatres on December 20, 2019. The Sultan actor wrote, “Aa Rahe Hain! Chulbul Robinhood Pandey. Theek 100din baad. Swagat Toh Karo Humara! #100DaystoDabangg3”

The film is directed by Prabhu Deva and has been the talk of the town, since the makers announced it. The fans of Salman cannot wait to catch the witty dialogues by Chulbul Pandey. This time, the film will also be releasing in Tamil, Telugu and Kannada languages. The film also stars Sonakshi Sinha, Arbaaz Khan and Mahie Gill, who are all reprising their roles from the previous installments.

South actor Sudeep will be seen playing the antagonist. The film will also mark the debut of Mahesh Manjrekar’s daughter Saiee. Meanwhile, the fans are also curious to know about the film Inshallah, that has been postponed indefinitely.