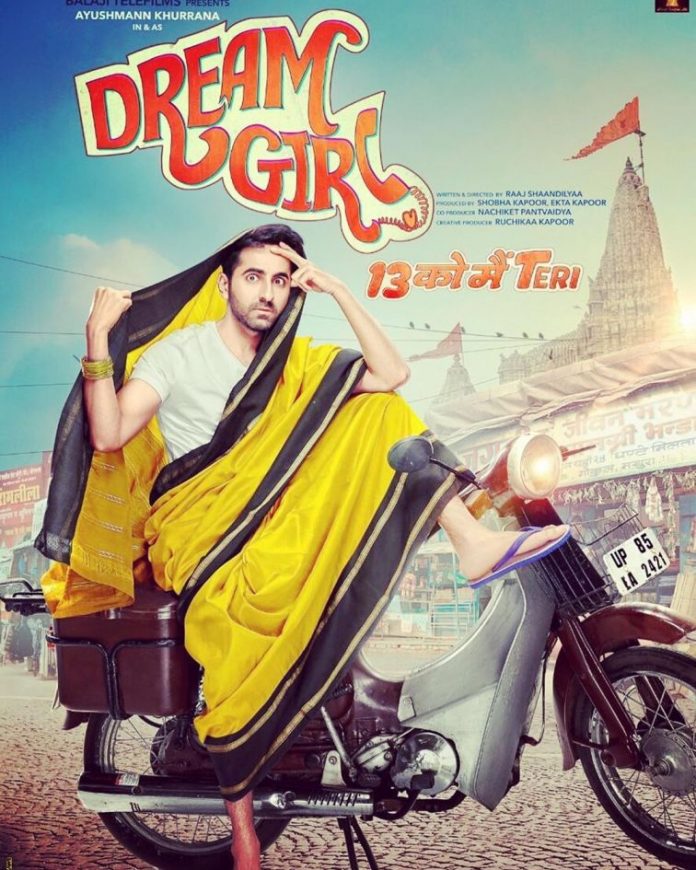 Dream Girl is written and directed by Raaj Shaandilyaa, which is a romantic comedy that traces the life of a small-town theatre artist Karamveer Singh played by Aayushmann. Singh rose to fame with his peculiar talent of impersonating a woman’s voice. The protagonist is then forced by circumstances in his life and picks up the job at the female friendship call centre after his acting career takes a back seat. This is when he makes use of his skill to become Pooja who not just wins the job but also gains a steady flow of romantically deprived clients.

But soon he is caught in a tricky situation where many of his clients fall in love with Pooja. Aayushmann should be appreciated for picking up to play such a character and that too at such a junction of his career. Once again he has proved that he is a risk-taker. Nushrat Bharucha has done justice to her character as well. The actress looked great but could not get ample scope to perform. Manjot Singh has always been a favourite of the audience with his wit.

Supporting cast including Annu Kapoor, Vijay Raaz and Rajesh Sharma have also given some note-worthy performances. Together, it is the actors who have made the entire film worth a catch. There are many punches and the audience is bound to be entertained with the funny characters. At the same time, the audience might feel the film to be dragged at some point as the jokes become worthless. The songs are peppy and might stay on the charts for some time. Overall, it is a good catch for a good dose of laughter and is a one-time watch. Aayushmann is the star of the film and has made sure that he fills in every gap.