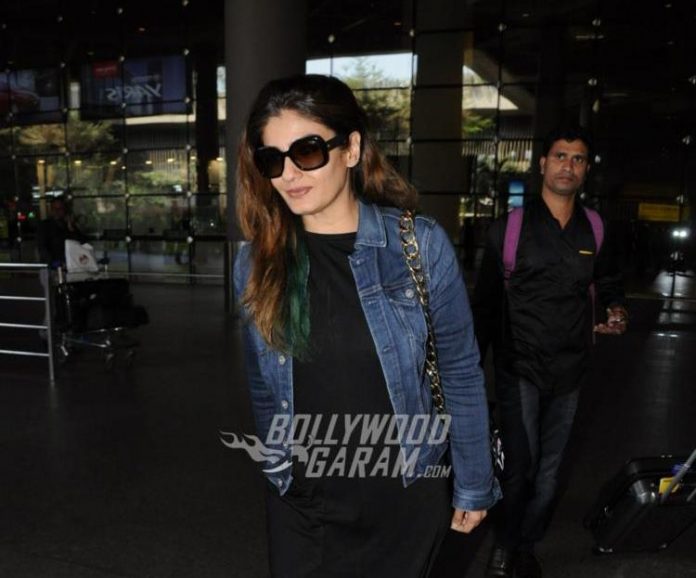 Bollywood actress Raveena Tandon is on cloud nine as she has become a proud grandmother. The grandmother posted a few pictures of her grandkid’s homecoming.

Raveena wrote a sweet note stating, “Thanking the pantheon almighty . The baby comes home.” The social networking handle of the actress has shown a series of pictures of Raveena’s daughter holding her little baby around while another picture has shown Raveena’s daughter and son holding a small puja.

A few weeks back, the actress, who is also judging the show Nach Baliye 9, had thrown a baby shower for her daughter Chhaya, who was adopted by Raveena in 1995 as a single parent. Her friend and nutritionist Pooja Makhija had shared pictures from the baby shower and captioned, “Cheers to the ‘Nani to be’! Many preach unselfish love but @officialraveenatandon you practice it with true passion. Was so touching to see you celebrate the baby shower of your adopted baby with such perfection and care. And @officialrashathadani you were such a great host, compere and I’m sure a super ‘masi to be’. So so proud of you Ravs.”

Raveena adopted Pooja and Chhaya as a single mother in 1995 when they were 11 and 8 years old respectively. The actress then got married to Anil Thadani in 2004 and has two kids with him Rasha born in 2005 and Ranbir born in 2008.