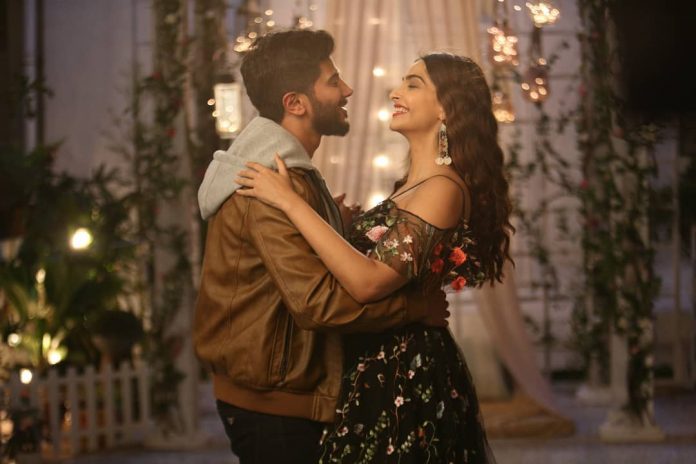 Sonam Kapoor is back with another entertainer with the dashing south actor Dulquer Salman. The story is about Zoya Solanki , who is seemingly an average girl and is believed to be lucky for cricket. But sadly her luck does not translate in to her life. Zoya was born on the day India won the world cup in 1983. But her luck changes when she shoots for an ad with the Indian cricket team. And this is also where she comes across Nikhil Khoda (played by Dulquer Salman), the captain of the Indian cricket team.

The two fall in love and Zoya becomes the luck factor for the Indian cricket team in a surprising way. But on the other hand the captain is irritated by the fact that the team’s performance and practice will be affected due to the unusual dependence on the superstition. The chemistry between the two is commendable. The film has tried to convey the message , how much should you rely on luck for success?

Dulquer has surely worked hard to save the show but his performance goes down by the second half of the film. Sonam’s character seems similar to what she had played in the film Aisha. The dialogue exchanges between Zoya and her brother Zorawar played by Sikander Kher along with her father played by Sanjay Kapoor. Salman looks convincing as a cricketer and Sonam has always been at her fashionable best.

Overall, The Zoya Factor is disappointing as there was plenty of scope and it could have been more entertaining and crisp with a little more of romance. At the end it feels like a dish that has lacked some salt and you do not feel like taking it anymore.