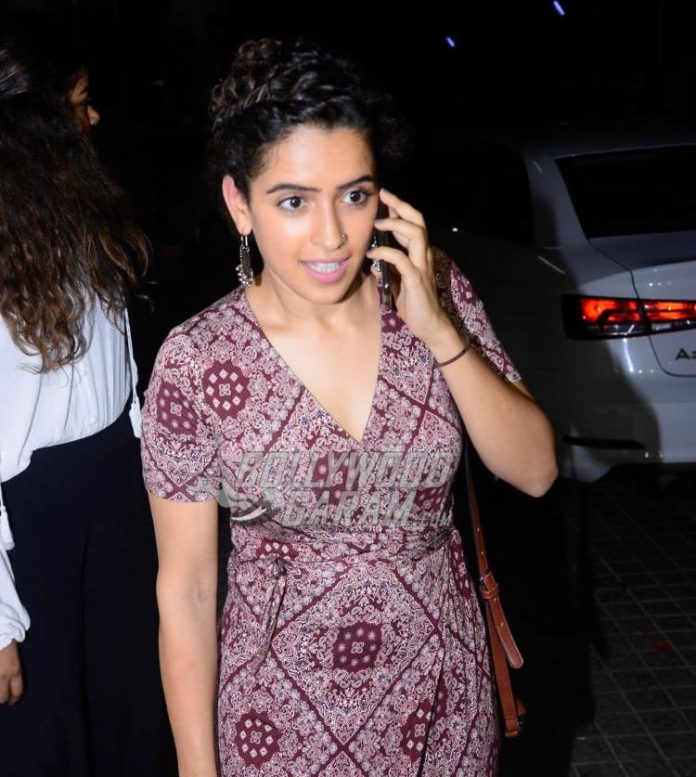 The Vidya Balan starrer Shakuntala Devi biopic has already created a lot of curiosity among the audience. Now Dangal star Sanya Malhotra has joined the cast of the film and will be seen playing the role of Shakuntala Devi’s daughter Anupama Banerji. The casting was announced by the makers on Daughter’s Day on September 23, 2019.

Sanya in a statement said, “I am very excited to play the iconic Shakuntala Devi’s daughter – Anupama Banerji. Everyone knows the achievements of the math genius Shakuntala Devi. I’m thrilled to bring on screen this dynamic mother – daughter relationship and equally thrilled to work with Vidya Balan. Also looking forward to my first association with Sony Pictures Networks Productions and Vikram Malhotra”. Director Anu Menon expressed that she is looking forward to work with Sanya.

Sanya is expected to begin the shoot for the film by the end of September, 2019. The actress made her debut with the film Dangal in which she played the role of Babita Kumari. Sanya Malhotra had also choreographed the song Sexy Baliye from the film Secret Superstar featuring Aamir Khan.

Shakuntala Devi is written and directed by Anu Menon and produced by Vikram Malhotra. The film is expected to be released in theatres in 2020.