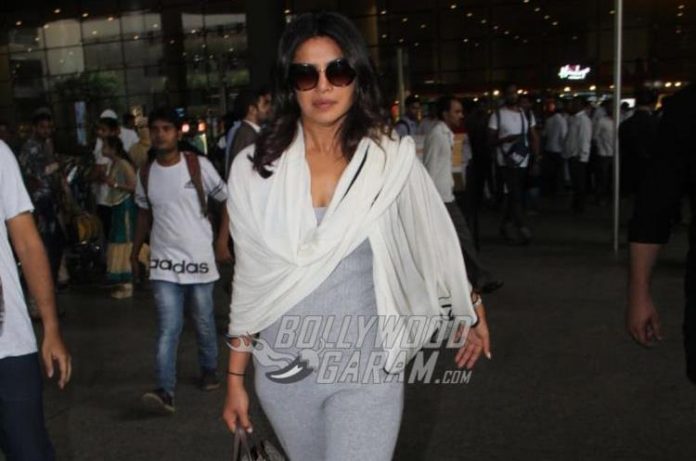 Priyanka Chopra is all set to be seen in the upcoming film The Sky Is Pink. The Bajirao Mastani actress will be promoting the film on the show Dance Deewane 2. Reports say that the show will see Madhuri and Priyanka shake a leg on the song Pinga from the film Bajirao Mastani. The show is hosted by Arjun Bijlani and is judged by Madhuri Dixit, Shashank Khaitan and Tushar Kalia.

Farhan Akhtar and Priyanka are all set to promote their upcoming film on the show. The film will also mark the return of Priyanka to Bollywood after a long time. While Priyanka and Farhan will visit the show sets, director Shashank will be seen imitating Farhan’s husky voice on the show.

The show has been getting an overwhelming response every week and a new celebrity is seen every week as a guest. Farhan and Priyanka will be seen talking about their upcoming film. It would be interesting to see Madhuri Dixit and Priyanka to take the stage together and perform on the chart buster track.

Priyanka Chopra was last seen in the Marathi film Ventilator in a cameo appearance as herself. The actress then went on to appear in a few Hollywood movies and is now ready to entertain as a Bollywood actress.
Photo Credits: Viral Bhayani