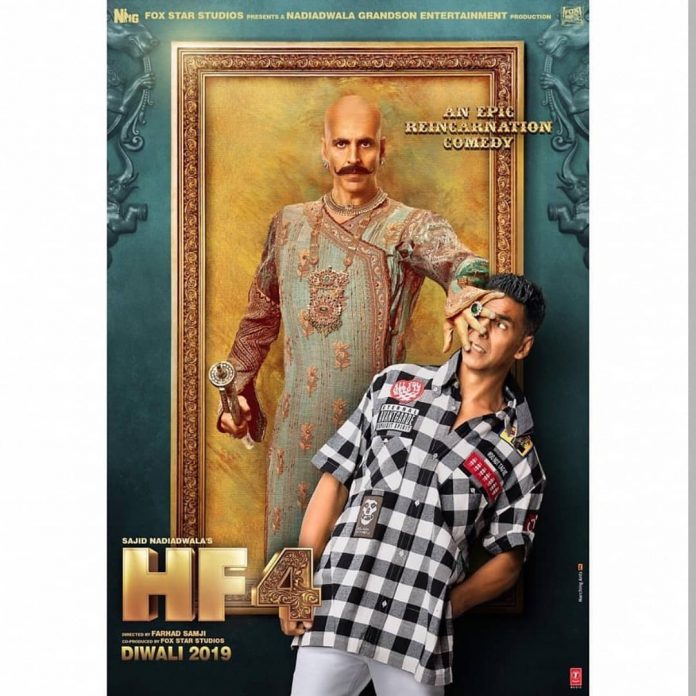 Official posters of the much awaited upcoming film Housefull 4 are out now. The film features Akshay Kumar, Bobby Deol, Riteish Deshmukh and others and is all set to be released in theatres on Diwali, 2019. The makers of the film started shooting in London and then the crew came to Rajasthan to shoot for some important portions of the flick.

The first poster has introduced Akshay as Rajkumar Bala from 1419 while the second poster has shown Riteish Deshmukh as Bangdu and Roy. Finally the third poster has shown Bobby Deol as Dharamputra and Max. The earlier installments of Housefull have been big hits and the audience cannot wait for the next installment to release in theatres.

Talking about the theme of Housefull 4, it is based on reincarnation and stars Akshay, Riteish, Bobby Rana Daggubati, Kriti Sanon, Kriti Kharbanda, Pooja Hegde and Chunky Pandey playing important roles. Reports say that Akshay will be seen playing a double role – one who is a London-based barber and the other is the king of the bygone era.

The film is helmed by Farhad Samji, who was brought in place of Sajid Khan as he was accused of sexual misconduct at work place. Housefull 4 will be released in theatres on October 25, 2019.