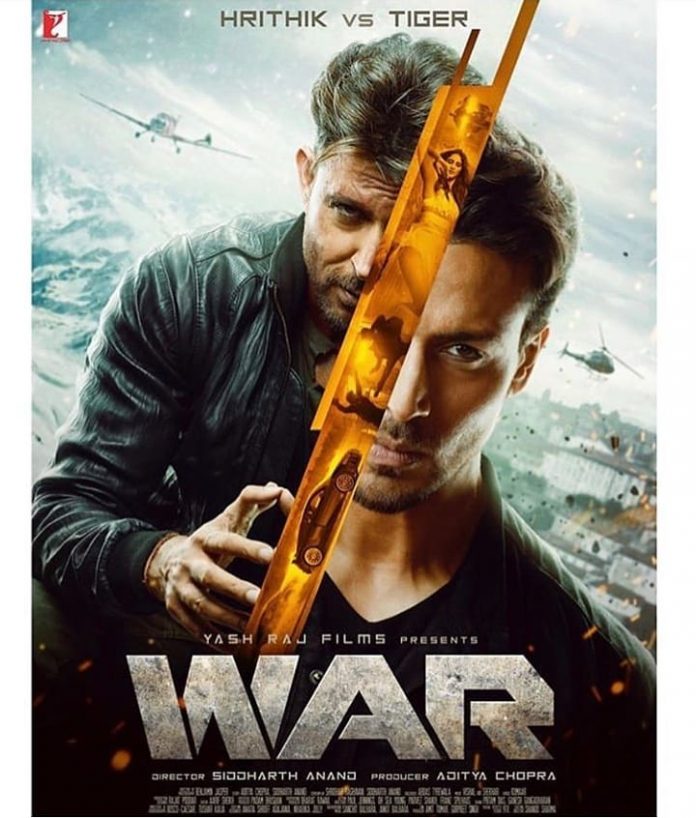 The much awaited action thriller featuring the best of Bollywood Hrithik Roshan and Tiger Shroff has hit the silver screens. With the best in the industry, expect the best entertainment as well with some style, stunts and off course action. Kabir, played by Hrithik is the best super-soldier India has but goes rogue after he kills his handler on an assassination mission. Khalid, played by Tiger is the one who has been trained by Kabir, is set on a mission to track his mentor down and bring him to justice.

Kabir and Khalid will be seen locking horns in War and their interactions and sequences are surely a treat for the fans of the stars. The film has served well for the people who are action film buffs. There are plenty of spices that make the film complete and surely excels on the action set pieces, but lacks a storyline. The story that exists, falls short to the idea of two hunks of Bollywood fighting it out in high-octane action sequences. Hrithik has done well as the anti-hero while Tiger has matched up to his senior while showing off the best of their on-screen chemistry.

Vaani Kapoor has a short role and has made the best opportunity to glam up. Ashutosh Rana as usual has brought the required intensity to his character with a good performance. War serves a little bit of everything with action, drama, romance, dance, exotic locations, car crashes and more. The action team has given their best efforts to make scenes that resemble action sequences seen in some of the Hollywood films like Fast and Furious and Mission Impossible.

Overall, the film has given a good backup for the careers of Hrithik and Tiger and is also a good entertainer for the audience.