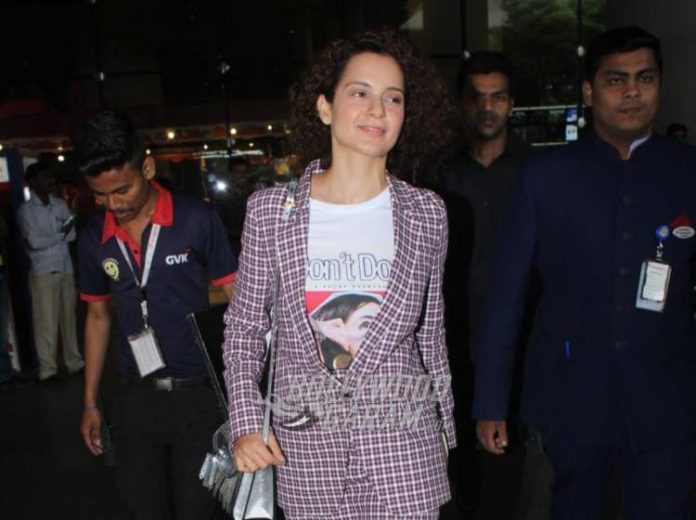 Bollywood actress Kangana Ranaut has announced that she is planning to launch her own production house early in 2020. While talking about the film that she will be producing, the Queen actress said that she would be focusing on films that have small budgets which can grab more attention of the audience and would also score well at the box office. Kangana has also clarified that she will not be featuring or acting in her own ventures and would provide an opportunity for fresh faces.

The Tanu Weds Manu actress talked with a leading daily about her plans and confessed that if the film Judgemental Hai Kya would have been made without her then it could have been a blockbuster. Ranaut expressed that she wishes to produce a few film that do not have a big budget and observe how it scores. The actress also said that with time she might indulge in to something on a big level as well. Kangana has also said that they would also try their hand on digital entertainment.

The Simran actress also said that there is plenty of talent around and would provide opportunities to new talent and would not act in her own ventures. Kangana added that she would invite new talent under her production and would be open to provide them a guideline.