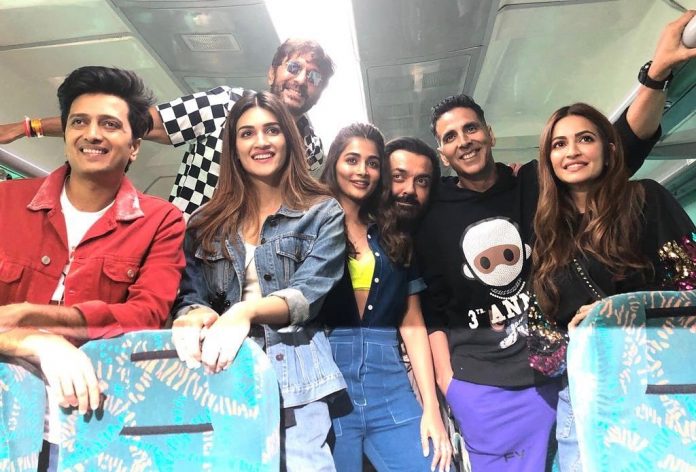 Housefull 4 is one of the most awaited comedy flicks of 2019. While the theatrical release is just round the corner, the makers and cast have kicked off the promotions. The entire cast of the film took a train ride from Mumbai to Delhi and called it the Housefull 4 Express.

Akshay Kumar kept his fans updated on Twitter and Instagram about their journey and also showed their interaction with the media while they were on the train. The recent promotional activity was a part of the Promotion On Wheels program introduced by the Indian Railways. Akshay explained about the new concept by Indian Railways and said that that the entire train can be booked while the cast and crew can promote their film through the train.

The idea was developed by producer Sajid Nadiadwala and Fox Star Studios and the makers got their permissions fast. Nadiadwala was all praises for the new initiative and that the new ideas would help to contribute towards the culture, arts and the history of the country.