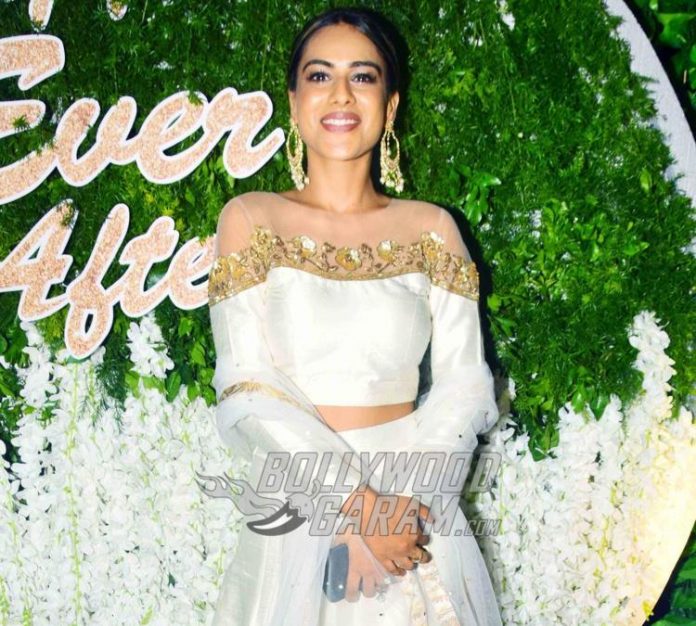 The Diwali fever is on and celebrities from Bollywood and the TV industry are busy enjoying the festive season. TV actress Nia Sharma was also at one of the Diwali bashes, where her outfit mistakenly caught fire from a wick lamp. Sharma escaped with no injuries but the actress shared her burnt outfit through social media.

Nia was partying at a Diwali bash but the fun soon turned sour when her pretty lehenga caught fire from a wick lamp. The actress did not suffer any injuries as the fire was doused immediately. Nia wrote Instagram that she was saved due to many layers in her outfit or may be by some force that guards her constantly. Before the incident, the actress had shared her Diwali look on the social media, in which she was seen in a glittery silver lehenga and matched it with some heavy jewellery.

Nia Sharma was reportedly having a great time partying with her friends, but the party soon spoiled due to the fire incident. The actress was recently in news when it was announced that she will be a part of the popular Naagin series produced by Ekta Kapoor.

The news was announced by the producer who welcomed Nia to the world of Naagins while the actress was thankful to Ekta for the opportunity.