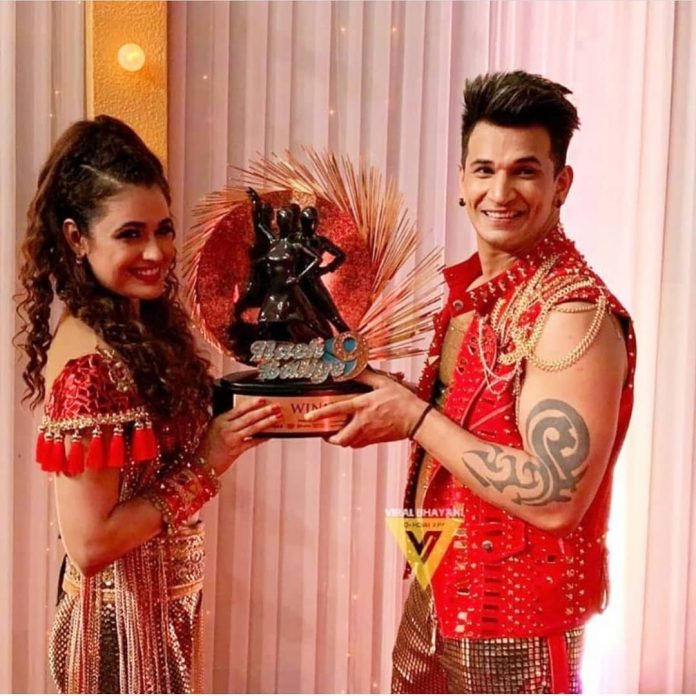 Seems like, Prince Narula has become habitual to win reality shows. From Roadies, to Bigg Boss and now the latest reality show Nach Baliye, the actor has nailed it with his performance. This time , the actor was accompanied with his beloved wife Yuvika Chaudhary and things could not have got better than this for the couple. The couple lifted the trophy of the reality show Nach Baliye which recently concluded the ninth season. Former couple Vishal Aditya Singh and Madhurima Tuli were the second runners up while Anita Hassanandani and Rohit Reddy were the first runners up.

The ninth season of the show premiered on July 19, 2019. The grand finale of the show was graced by some of the Bollywood biggies like Zeenat Aman , Asha Parekh, Govinda, Karthik Aryan, Ananya Pandey, Bhumi Pednekar and Sooraj Pancholi. The winning couple were all smiles and visibly excited as they lifted the trophy.

The season was made interesting by the makers by allowing former couples to be participants which help to add some spice for the audience. Former couple Madhurima Tuli and Vishal Aditya Singh were constantly in the limelight for their fights and arguments. The show was recently also in news when the judges of the show Ahmed Khan and Raveena Tandon were alleged to be biased towards the younger contestants of the show.

Many couples also faced injuries while practicing and a couple of them had to quit the show mid way. Prince and Yuvika had entered the show at a time when the actor had just lost his younger brother in a tragic incident. Narula and Yuvika met each other during the show Bigg Boss. After the show, they dated for a couple of years and got married in a lavish wedding ceremony on October 12, 2018. Narula has been the gang leader on the show MTV Roadies since 2016.