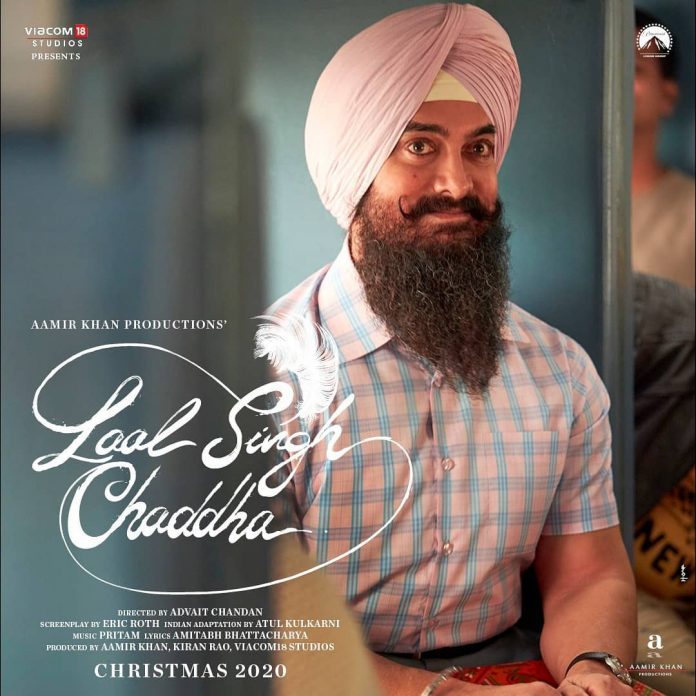 Aamir Khan is all set to be seen in the upcoming flick Laal Singh Chaddha, which is a remake of the Hollywood flick Forrest Gump. The Hollywood version of the film stars Tom Hanks and the Indian version would perhaps be one of the biggest risks by the makers. The official first look poster was unveiled on November 18, 2019.

Last week a few leaks from the sets had shown Aamir Khan in a full bearded look. Going by the poster, Aamir’s look in the film is simple that has a twinkle in his eyes with hope and affection. The poster has shown Aamir sitting inside a train. The film also features Bollywood diva Kareena Kapoor, which means that this will be the first film that will see Kareena and Aamir reuniting after the iconic flick 3 Idiots.

Aamir will be seen playing the role of a Sikh named Laal Singh Chaddha. The film is helmed by Advait Chandan, who has earlier directed the hit Secret Superstar and is written by Atul Kulkarni. Laal Singh Chaddha is produced under the banner Viacom 18 Studios and Aamir Khan Productions and will be releasing in theatres during Christmas 2020.

Aamir for the role has undergone a major make-over and the audience cannot wait to catch the actual film.