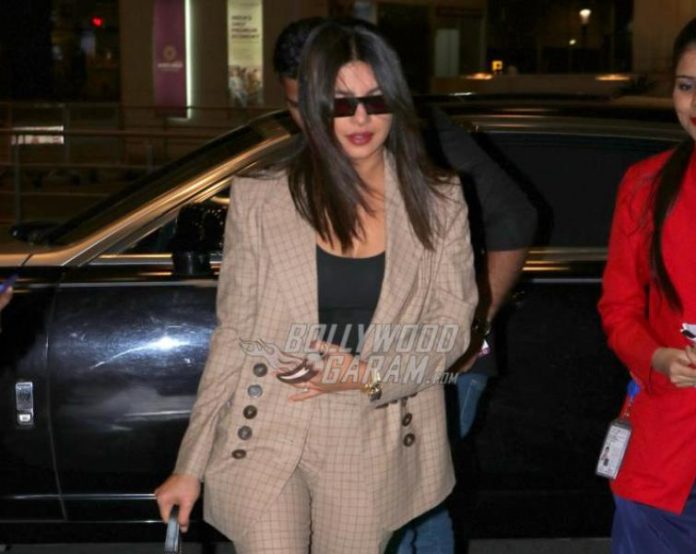 Priyanka Chopra is all set to celebrate her first wedding anniversary and the celebrations have already begun with surprises. The actress was recently in India as she as shooting for her upcoming film and also attended a number of B’town parties in Mumbai. Priyanka is now back home and gave a pleasant surprise to husband Nick Jonas with their new dog Gino Jonas.

Priyanka shared an adorable picture of the little new member with Nick on her Instagram page. Nick shared a video in which he was seen being surprised by wife Priyanka as she introduces Gino to the singer. Nick wrote a welcome note for Gino but added that Diana will always remain their favourite.

Earlier Priyanka regularly posted pictures of Diana and now Gino has already become popular on the social media. Priyanka Chopra and Nick Jonas got married in a grand wedding ceremony on December 1, 2018 at the Umaid Bhavan Palace, in Jodhpur.

The couple got married according to Hindu as well as Christian wedding rituals at the same venue. Nick and Priyanka had earlier got engaged in a traditional Punjabi Roka ceremony held in Mumbai. The Roka event was a very private affair and was attended by just the immediate family members. On the work front, the actress was last seen in the film The Sky Is Pink opposite Farhan Akhtar.