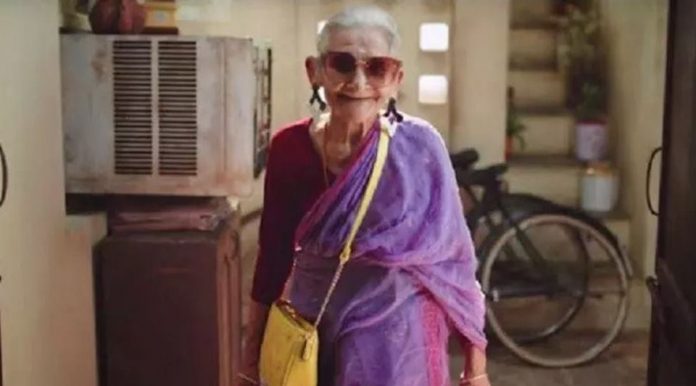 Pushpa Joshi, who was seen in the Ajay Devgn starrer Raid, passed away on November 26, 2019. The 85 year old actress was also seen in the Fevikwik. Joshi had played the role of Saurabh Shukla’s mother in the film Raid that was directed by Raj Kumar Gupta. The film had marked her debut in Bollywood and received a lot of appreciation for her performance.

Gupta shared the news of her demise and expressed his condolences. The director added that one of the highlights of his career was to see Pushpa Joshi perform in Raid. Gupta fondly called her as Dadi Ji (grandmother). Shikha Pradeep, the casting director also shared a picture of the actress on social media and shared that she was the oldest debutant in Hindi cinema and played her characters with ease.

The audience had also recognized her performance in Raid and called her as ‘Swag Wali Dadi’. The actress was the favourite of many on the sets of the film. The Joshi family has been actively involved in theatre and music. Her son Ravindra is also a theatre actor while grandson Abhas has been a contestant on the reality shows like Voice Of India and Music Ka Maha Muqqabla.

During her younger days, Pushpa Joshi has also performed in theatre plays and has also featured in the short film Zaayka.