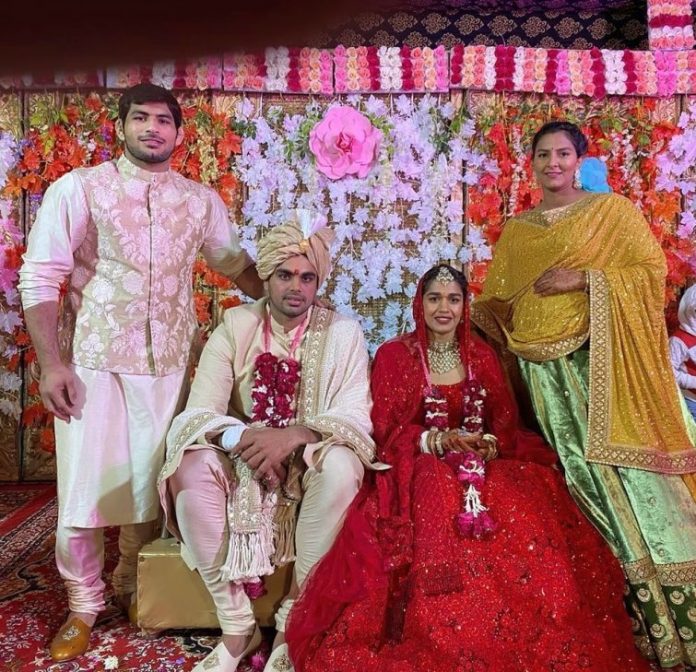 Moreover, Phogat’s bridal look was similar to that of Priyanka from her wedding day. Elder sister Geeta Phogat also took her social media account to shared pictures from the wedding festivities. Going by the pictures it seemed like Geeta is expecting as her baby bump was quite visible.

The newly-weds hosted a grand wedding reception at their ancestral village Babali in Haryana. Babita and Vivek participated on the reality show Nach Baliye and gathered plenty of appreciation from the judges and the audience. Vivek had even officially proposed Geeta during the show.