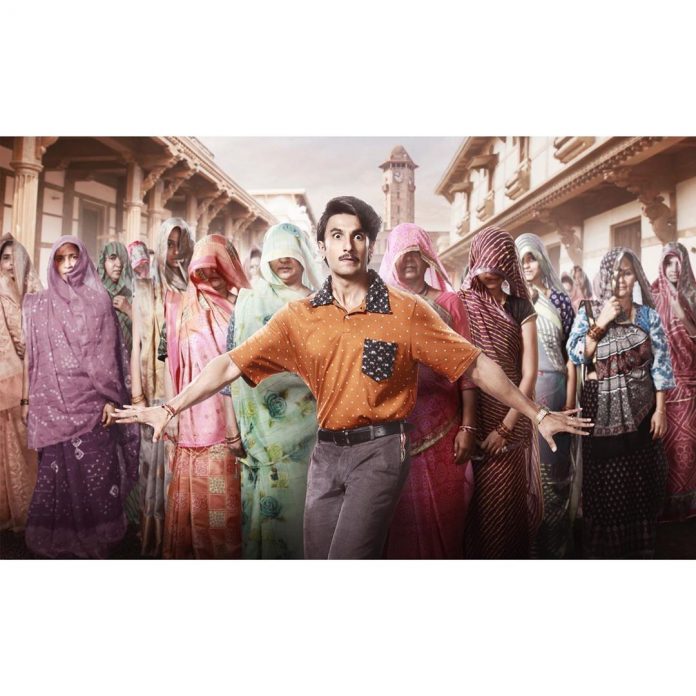 Ranveer Singh recently wrapped filming for the much awaited upcoming flick 83, based on the cricketer Kapil Dev. The actor will also be seen in the upcoming film Jayeshbhai Jordar in which he will be seen playing the role of a Gujarati boy. The makers of the film unveiled the first look of Jayeshbhai Jordar. The first look of the film was shared by director Divyang Thakkar.

Ranveer in the first look can be seen in an over-sized orange polka-dotted t-shirt with grey pair of denims. In the background, many women wearing saris can be seen. Ranveer has shed a few kilos for the character. The film also stars Shalini Pandey, who has been earlier seen in Telugu, Tamil and Hindi films.

The makers of the film had officially made the announcement in May 2019. The film went on floors on December 3, 2019 but the makers are yet to make an official announcement on the actual release date in 2020. Jayeshbhai Jordar will be directed by Divyang and produced by Yash Raj Films.

Ranveer was last seen in the film Gully Boy in which he played the role of a rapper. The film also starred Alia Bhatt and was directed by Zoya Akhtar. Gully Boy did a great business at the box office.