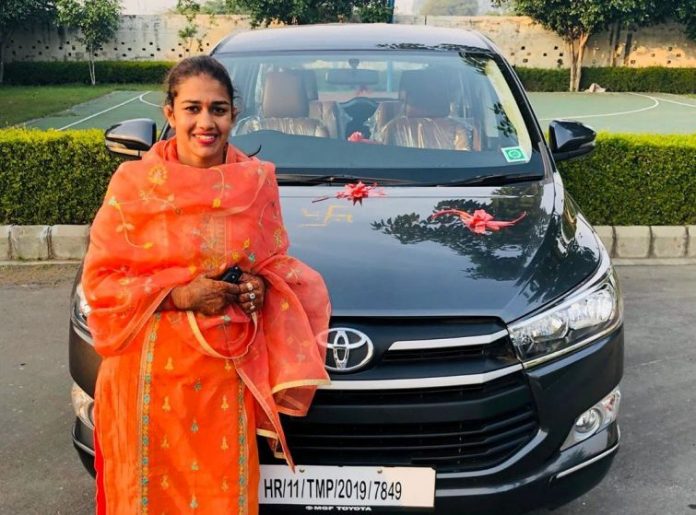 Babita in the pictures looked pretty in an orange ethnic outfit with silver footwear and was all smiles as she posed with her new ride. The wrestler is the sister of Geeta Phogat, who are the daughters of the wrestler Mahavir Phogat from Haryana. Mahavir Phogat became popular after he struggled to make his daughters excel in the sport.

Superstar of Bollywood Aamir Khan had also made a biopic on the family which attracted plenty of attention from the audience. Aamir had played the lead role of Mahavir Phogat. Babita shot to fame when she participated on the celebrity dance reality show Nach Baliye along with her fiancé Vivek Suhag. The couple got eliminated after a few rounds, but they were appreciated by the audience and the judges for their efforts that had put in.

Babita Phogat also took hints from Priyanka Chopra’s wedding as she was also seen wearing a similar lehenga that Priyanka had worn on her wedding day on December 1, 2018.