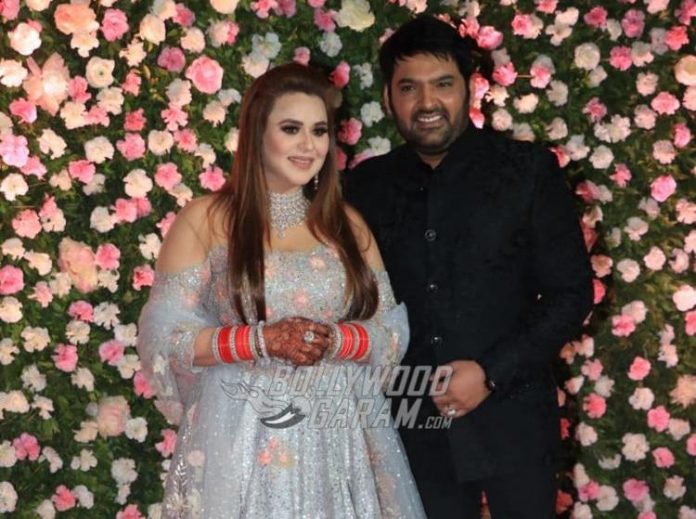 Actor and Comedian Kapil Sharma and wife Ginni Chathrath have become parents to a baby girl on December 10, 2019. The actor celebrated his wedding anniversary on December 12, 2019. Kapil made the announcement of the arrival of his first child on Twitter.

Kapil wrote, “Blessed to have a baby girl, need ur blessings, love u all, jai mata di”. In just a couple of hours, the news spread like wild fire and congratulatory messages started pouring in. One of the first ones to respond to the new were actress Dia Mirza and singer Guru Randhawa. Randhawa was recently in news for being attacked during his concert in Vancouver.

Ace Badminton player Saina Nehwal too congratulated the comedian. Kapil during an interview in May, 2019 had revealed that he is expecting a child with wife Ginni. The couple got married on December 12, 2018 and had then also hosted two grand wedding receptions in Mumbai and Amritsar. The wedding reception in Mumbai was attended by the Who’s Who of Bollywood.

Before getting married, Kapil Sharma was in news due to his health issues as he was not able to handle the busy shoot schedules of his show. But then the actor took a break from showbiz to recover and returned to the same show with a bang.