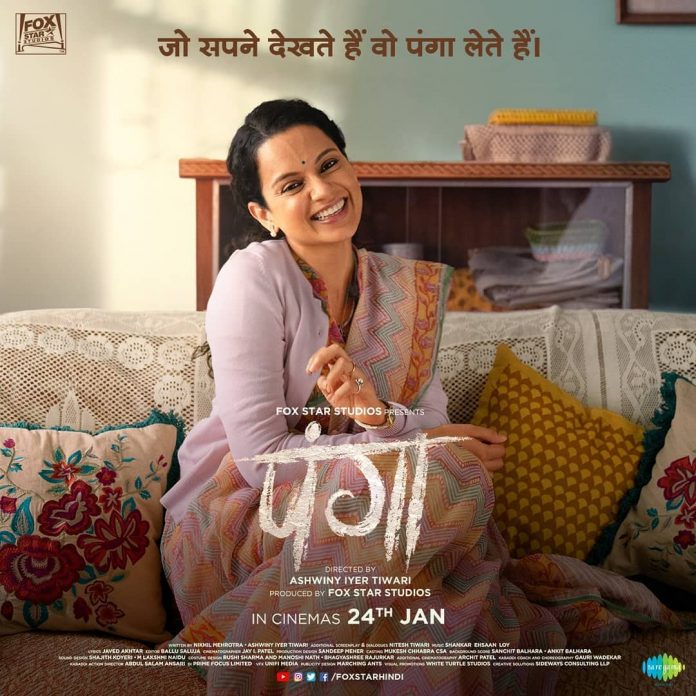 Bollywood actress Kangana Ranaut will soon be seen in the upcoming sports drama flick Panga. Kangana’s sister Rangoli Chandel shared the first look of the film which has shown Kangana in a very homely look. The post by Rangoli had mentioned that the actress earlier successfully played the role of a mother in Manikarnika and is once again ready to play a mother in Panga.

Panga is based on a national level kabaddi player and also stars Neena Gupta, Richa Chadda, Jassi Gill and Pankaj Tripathi. Kangana was earlier seen in the film Manikarnika – The Queen Of Jhansi, which was a biopic on the historic figure Rani Laxmi Bai.

The actress was appreciated for her role and for the action packed stunts that she was seen performing as a warrior. Kangana is also preparing for her upcoming film Thalaivi in which she will be seen playing the role of late actress and politician Jayalalitha. The film will be released in Hindi, Tamil and Telugu languages and is one of the most awaited films.