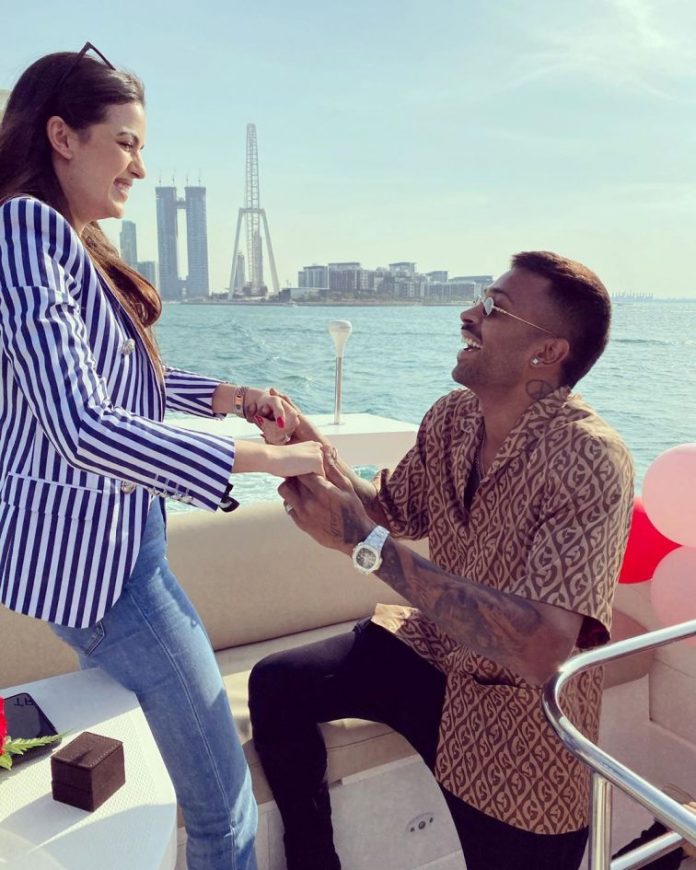 Serbian actress Natasa Stankovic, surprised her fans as Indian cricketer Hardik Pandya announced his engagement with the actress. The cricketer posted a picture with Natasa, as she flaunted the rock on her engagement ring. The couple celebrated New Year at an exotic location. Natasa also posted a video in which Hardik could be seen proposing Natasa on a small yacht. The cricketer proposed in presence of a few friends and a live band on the yacht.

Hardik could be seen going down his knees and Natasa was quite sure when she said yes and sealed their relationship with a kiss. The proposal was completed with champagne. Hardik was seen wearing printed casuals while Natasa looked pretty in a pair of denims, striped jacket and a black tube top.

On the professional front, the all-rounder Hardik is recovering from an injury on his back. Due to the injury, the cricketer could not be a part of the Twenty20 International and One Day International against the teams of Bangladesh and West Indies.

Natasa was earlier in a relationship with TV actor and model Aly Goni. The two had also participated on the show Nach Baliye season 9 as an ex-couple. Their participation on the show had given hopes that the two might get back together.