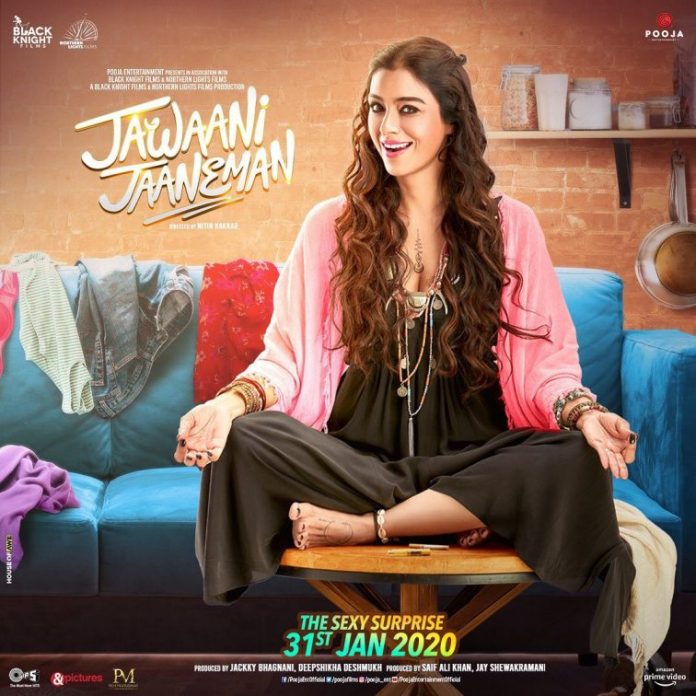 Makers of the upcoming film Jawaani Jaaneman, have unveiled a fresh poster of the flick. The film has been making news since the time of its announcement. Jawaani Jaaneman stars Saif Ali Khan and Alaya Furniturewala and the new poster has shown Tabu wearing a pink and black outfit as she is seen sitting on the top of a table. Tabu will be seen playing a very crucial role.

Saif will be seen with two women by his side. The makers had earlier launched the teaser of the film which was well received by the audience, who found it entertaining. It will be almost two decades, the audience will get to see Saif and Tabu share the screen space. The two have earlier worked together in the films like Hum Saath Saath Hai and Tu Chor Mai Sipahi.

The film is helmed by Nitin Kakkar and is co-produced by Jackky Bhagnani, who has said that Tabu will be bringing the tangy twist in the storyline. Jawaani Jaaneman will also mark the debut of Alaya Furniturewala, who the daughter of Pooja Bedi.