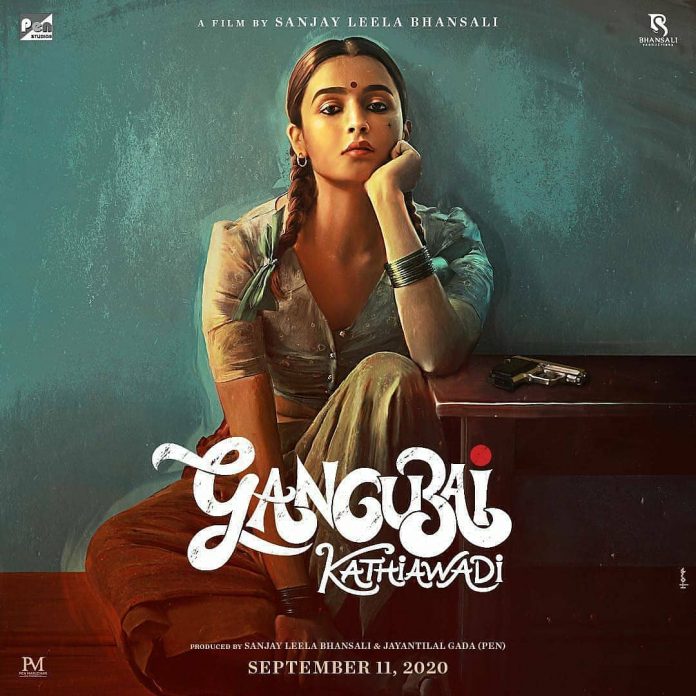 Alia in the first poster can be seen in a very grounded look. In what seems like a portrait, Alia can be seen in a white blouse and a long skirt with her hair tied in two braids, bangles on her wrist and a bindi on her forehead. Alia’s look and expression has surely increased the curiosity of the audience.

This will be the first time Alia will be working with Sanjay Leela Bhansali. During Christmas 2019, Alia was often snapped outside the Bhansali office. The actress will be seen playing the role of a matriarch and a brothel owner.

After the immense success of Padmaavat, the audience is looking forward for the Alia Bhatt starrer and is expecting a masterpiece. Alia is expected to be seen in a very rough character, who uses cuss words. The actress is also working on her language to get it right for her character in the film. The film is expected to be released in theatres on September 11, 2020.