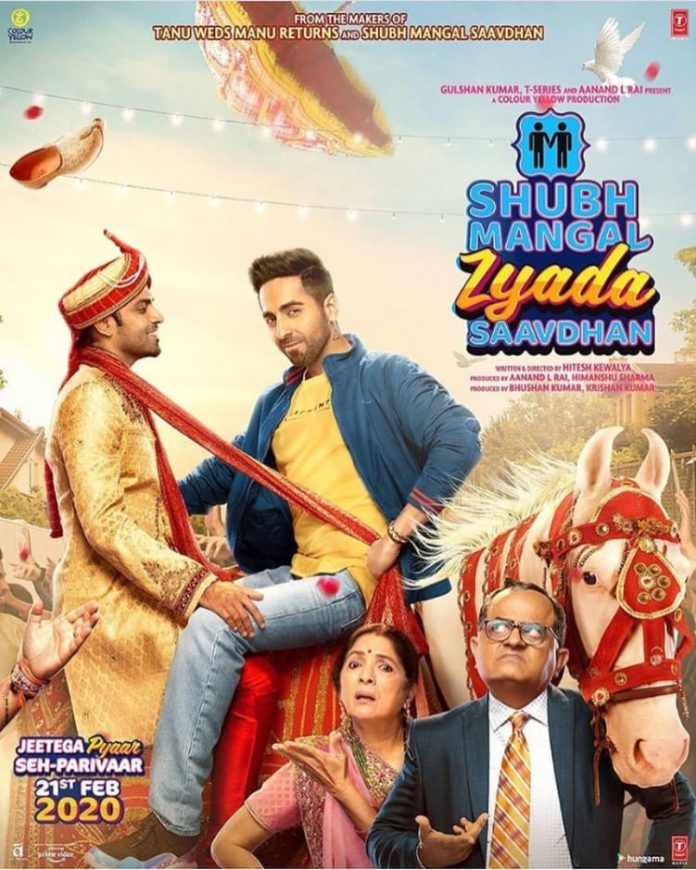 Aayushmann Khurrana is back again with yet another brave character with the upcoming film Shubh Mangal Jyada Saavdhan. The makers of the film have launched the official trailer on January 20, 2020 and Aayushmann will be seen playing the role if a gay.

Going by the trailer, it begins with Aayushmann struggling to convince his parents about the boy he loves and for the acceptance in the society. Neena Gupta and Gajrao Rao have been paired as Aayushmann’s parents. They were last seen in the film Badhai Ho, which also saw them play the role of parents to Aayushmann.

Aayushmann who plays Kartik is in love with Jitendra Kumar who plays Aman. The two spend ample time together but struggle to convince their respective parents, who absolutely refuse to accept who they are. The parents then begin to search for a bride for their sons and here is when the actual story begins.

The film is directed by Hitesh Kewalya and is all set to be released in theatres on February 21, 2020. Shubh Mangal Jyada Saavdhan is the sequel to the 2017 film Shubh Mangal Saavdhan. The makers started filming for the film in September, 2019 and wrapped in December 2019. A teaser for the film was released in May 2019.