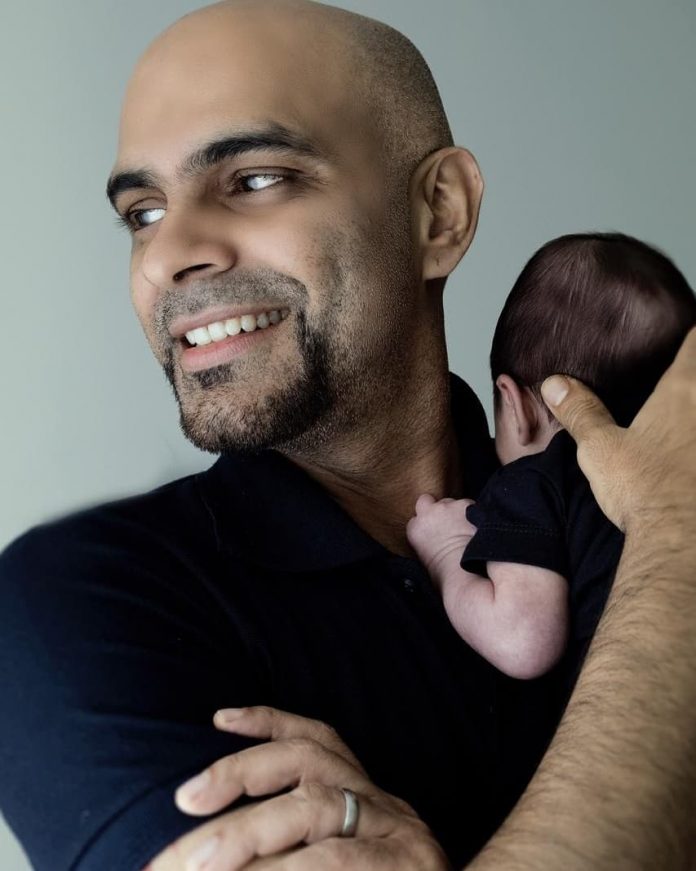 Indian actor and TV anchor Raghu Ram and wife Natalie Di Luccio are currently on cloud nine as they have become proud parents to a son they have named Rhythm. Natalie gave birth to their son on January 6, 2020 and the couple since then has regularly posted pictures of their little bundle of joy. Raghu shared the latest pictures on January 20, 2020.

The VJ shared two pictures – one shows him holding the baby while the other has shown Natalie holding their little one. One thing that is noticeable in the pictures is that they have been clicked by Raghu’s former wife Sugandha.

Reports say that Raghu and Natalie’s son was born through a water birth and hypno -birthing techniques in Mumbai. The couple also took efforts to name their son that reflected their multi-cultural union and also did not want it to be associated with any religion. Raghu in a recent interview had expressed that they wanted to find a multi-cultural and a multi-national name that reflected their union due to which they picked up the name Rhythm.

The former Roadies anchor added that parenthood was a conscious decision that was made by the two and that it was not an accident. Raghu added that it was something that they always wanted and are looking forward to it.