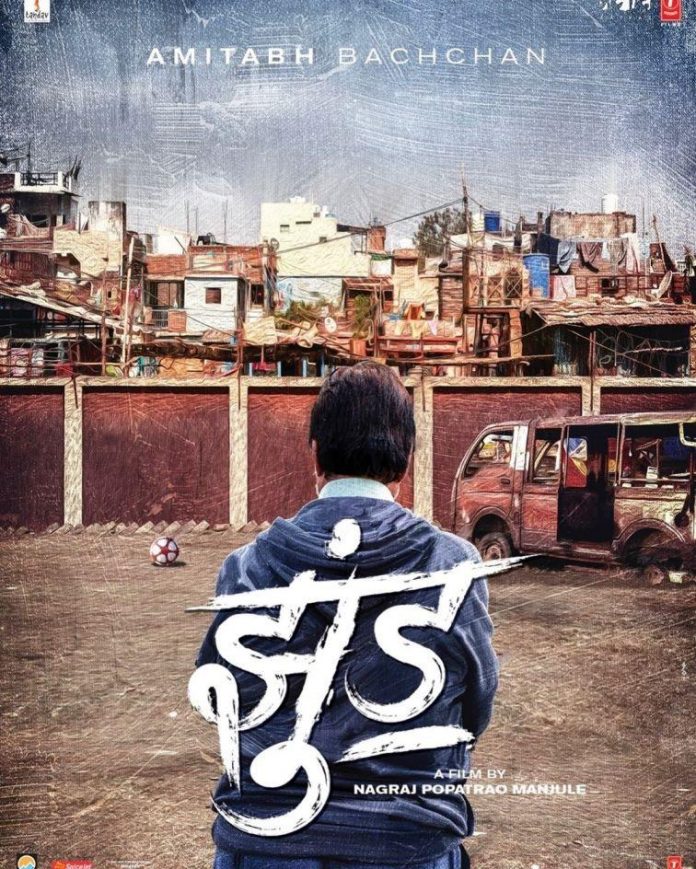 The much awaited teaser of the upcoming film Jhund has been released by superstar Amitabh Bachchan. The film is based on the life of Vijay Barse, who had established the NGO Slum Soccer. Jhund is directed by Nagraj Manjule who was behind the blockbuster Marathi films like Sairat and Naal. Amitabh Bachchan will be seen playing the lead role of Vijay Barse.

The teaser has shown a group of children from the slum area who are walking together in a group, but none of the faces can be seen. Abhishek Bachchan posted the teaser on his Instagram account and expressed that he is excited for the film. Mr. Bachchan had earlier shared the first look poster of the film which will be released in theatres on May 8, 2020.

The film is co-produced by Savita Raj Hiremath, Bhushan Kumar, Krishan Kumar, Nagraj Manjule, Gargee Kulkarni and Meenu Aroraa under the banners T-Series and Tandav Entertainment & Aatpat. Jhund also features Rinku Rajguru, Akash thosar and is a biographical sports flick based on a professor who motivates street children to form a football team.