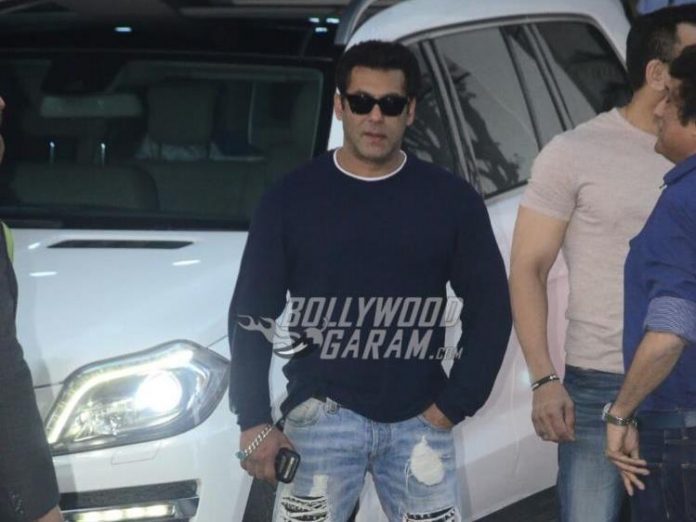 Bollywood superstar Salman Khan is known for his acting skills and is also known for his generous heart. But there are also a few times when Salman can get furious and lose his cool. Salman travelled to Goa for the shoot of his upcoming film Radhe: Your Most Wanted Bhai, when he came across a fan who was trying to take a selfie without his permission. This did not go down well with the star, who snatched his phone and walked away.

Salman was walking out of the Goa Airport when the incident happened. A fan, who looked like an airport staff was seen clicking a selfie with the actor from a distance. But when Salman came nearer, the Dabangg star snatched the phone from the fan’s hand and walked away. The actor has earlier also clarified that he has appreciated and even obliged fans who have asked his permission for a picture. But doing it without his permission makes him upset.

The incident of Salman snatching the fan’s camera has gone viral on the internet. The netizens are divided in terms of opinions if Salman was justified with his behavior with the fan. Some of them felt that the actor was harsh while others supported him.

On the work front, Salman Khan is in Goa to shoot for his upcoming film Radhe which also stars Randeep Hooda and Disha Patani.